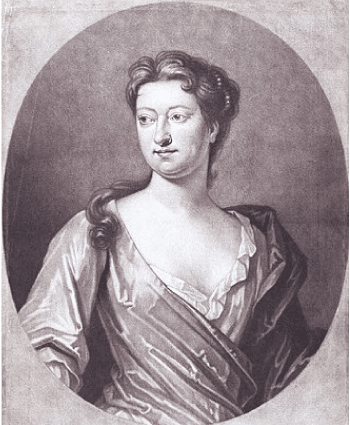 Bio
Susanna Centlivre was an actress, poet, and playwright. She was widely considered one of the most influential female playwrights of the eighteenth century. Several of her plays remained popular well into the nineteenth century. Centlivre was known as the second woman of the English stage, after Aphra Behn. She had a wildly successful career at the Theatre Royal, Drury Lane. Many regarded her as a masculine woman due to her politically outspoken writing, so it was no surprise that she found success with breeches roles. In 1685, she began performing in breeches roles with a group of strolling actors and in 1705, she performed for the royal courts playing the breeches role of Alexander the Great in the play The Rival Queens by Nathaniel Lee.

Centlivre was the daughter of Anne and William Freeman born (possibly) in or near the village of Holbeach, Lincolnshire. Her father died when she was three and her mother died shortly after remarrying. There is great speculation as to where she was born and the details of her formative years as there are few hard facts. It is known that she left home at an early age joining a troupe of strolling actors in 1685. This is when she first played breeches roles due to her physical features and mannerisms which were deemed masculine. It is alleged that she married Richard Fox when she was sixteen and he died less than one year later. Her second marriage was to an army officer by the name of Carroll who died in a duel less than two years after their nuptials. She kept her married name until her third marriage to Joseph Centlivre in 1707 who was a Yeoman of the Mouth (a cook) for Queen Anne.

In 1700, Susanna’s playwriting began with her first play, The Perjur’d Husband, which was published and produced in London. She continued writing until her death in 1723 having written a play a year with bold topics such as politics and women’s position in society. Women of that time were not permitted to socially discuss politics so Centlivre certainly stood out from the crowd. Despite societal subjugation, she became a popular and successful writer publishing numerous plays, poems and letters. Susanna Centlivre died in 1723 and is buried in Covent Garden.