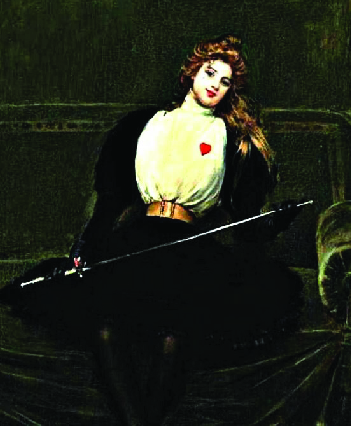 Mademoiselle de Maupin was born Julie D’Aubigny around the year 1673 in Paris, France. Despite living a mere 33 years, her life was filled with adventure, intrigue, danger and torrid love affairs with both men and women alike. Mlle de Maupin was equally gifted as a master swordswoman, the most famous female duelist on record, and as an opera star, the first mezzo-soprano in the Paris Opera to play leading roles.

Her father, Gaston d’Aubigny, worked as secretary to Comte d’Armagnac who was a prominent figure in the court of Lous XIV. Armagnac was the Grand Squire of France which meant he was responsible for the king’s horses and stables and he was a holder of one of the seven offices of the Crown. D’Aubigny raised Julie among the boys who were training to be pages in the royal courts. She too had private tutors who taught her literature, ancient history, writing, drawing, dancing and fencing, an education unheard of for girls.

At the age of 14, she became Comte d’Armagnac’s mistress. After 2 years he had Julie marry Jean Maupin either because he was exhausted by her fiery temperament or they needed a respectable cover. This ill fated marriage was in name only and Mademoiselle de Maupin was set free. Soon after she fell in love with Henri Serranes who was an alleged master swordsman. Accounts vary on why they left Paris for Marseille but facts remain it was there where Mademoiselle de Maupin hit her stride.

On their journey to Marseille, Maupin chose to wear men’s clothing. It is not known if she was deliberately trying to pass as a man or if men’s clothing suited her audacious nature. Either way out of necessity to earn, they would have fencing duels as exhibits in taverns and advertise Mlle de Maupin as a woman. To reinvigorate their show they incorporated singing in their act which led to her quest to become an opera singer.

In 1690, Mademoiselle de Maupin made her debut at the age of 17 in the Paris Opera as a mezzo-soprano and quickly excelled due to her excellent ability to memorize. She was adept in both comedic and dramatic roles and it was her breeches roles where she really shone as she had the mannerisms and appearance of maleness to easily bring them to life. In a short time she became wildly popular all over Paris. Maupin appeared in 20 operas, 4 opera-ballets playing 41 roles, originating 25 of them. She also sang at parties, spectacles, and as entertainment for King Louis XIV and high nobility, often at Versailles or Fontainebleau.

Along her travels she fell madly in love with Cécilia Bortigali whose parents forbade the union so they put Cecilia in the Convent of the Visitandines at Avignon, and Maupin quickly followed her. Shortly after they arrived, an older nun died of natural causes and they exhumed the body placing it in Cecilia’s bed then set the convent on fire to escape and cover their tracks. Maupin was charged with kidnapping, arson and failing to appear in court. Because the judges couldn’t conceive that a woman carried out this plot, they sentenced her to death by fire as a male. Thankfully she used her royal connections to null the warrant and resume her career in the Paris Opera.

Mademoiselle de Maupin died at the young age of 33, two years after the death of her final lover, Madame la Marquise de Florensac. It is widely believed that  retreated to a convent where she died with no fanfare nor recognition.

Dates and places of her birth and death are disputed, and details of her mother are unknown, yet a fairly accurate account of her life has been pieced together from anecdotes and memoirs from her contemporaries. James Burrows, a rabid fan of Mademoiselle de Maupin, created a website with details on her life culled from almost 30 years of research. This profile is a brief snippet of a fascinating full life. 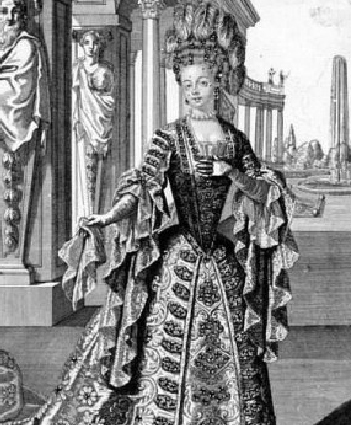 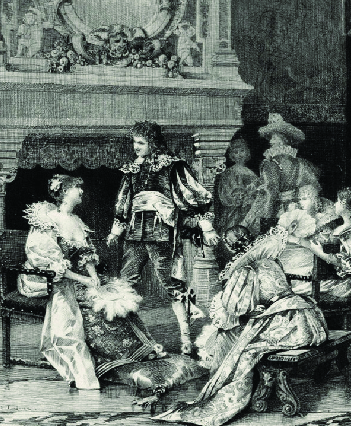