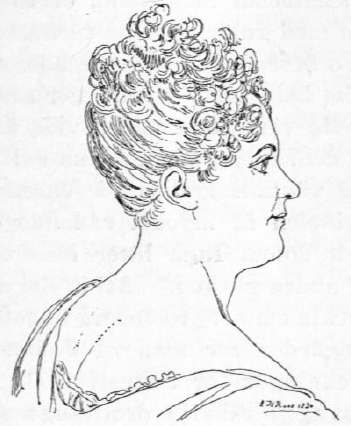 Bio
Inga Aberg was a Swedish actress in The Royal Dramatic Theatre and an opera singer in The Royal Swedish Opera between 1787 to 1810. On May 31, 1787 at the age of fourteen, she performed her first of many breeches roles in Olof Åhlström’s production of a one-act opera called Frigga in the role Yngve, Odin’s son. The following year she was formally employed as an actress and singer which was notable for her age.

Ingeborg Elisabeth Aberg born in Stockholm in 1773 was the daughter of Fredrika Maria Svahn and Jonas Åberg, a footman and later treasurer at the Royal Palace. There is unconfirmed speculation that Inga was possibly the granddaughter of Beata Sabina Straas (Madame Aberg) who was Sweden’s first professional actress in 1737. This claim has not been substantiated.

And with actress Euphrosyne Löf, they starred in De bägge kammarpagerna (The Two Valets) by Kexel playing the two leading male roles August and Theodor.(4)

With a career spanning twenty three years, Inga was sought after in female roles as well until her initial retirement in 1810. On April 26, 1810 she gave her final performance playing both roles, Olympia and Valbina, in Giovanni Paisiello’s opera Marquis Tulipamo. The show’s takings went directly to her for her pension in what is called ‘recett’.

After two years, she came out of retirement to perform with Johan Anton Lindquist theatre company in Gothenburg’s first official theatre along with her daughter who became a prominent dancer. And later also performed with her brother in several theatre productions.