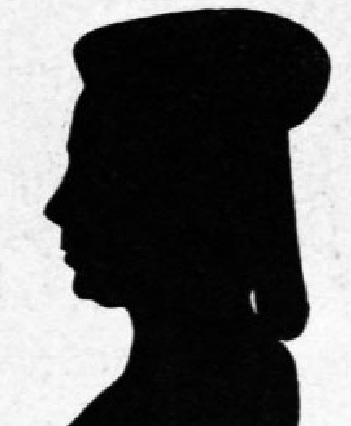 Bio
Lisette Stenberg was a Swedish opera singer, stage actress and pianist. In 1790, she took on a breeches role as Marquis Razilli in Bertin d’Antilly’s play L’Anglais à Paris to great acclaim. Lisette showed great promise at a young age and had a flourishing career, yet her life was mired with bankruptcies and scandals.

Born in 1770 in Stockholm, Lisette Stenberg was the daughter of Anna Maria Ekelund and Peter Marcus Stenberg, a clerk at the Royal Board of Customs. Her mother, Anna Maria, bore two girls who both died in infancy and she subsequently died when Lisette was a young girl. When her father was promoted to customs inspector in 1781, they moved to the town of Norrköping. Then in 1786 when Lisette was sixteen, her father died of consumption. It was revealed in her father’s estate inventory that he owed the organist Steinchen for Lisette’s music lessons. Little else is known of her childhood and upbringing.(1)

Orphaned and alone with no where else to go, Lisette then moved to Stockholm where she joined the theatre becoming a stage actress and opera singer. In 1789, she made her stage debut at the Stenborg Theatre in the lyrical drama Arlequin Sultan Favorite and she was an instant success. In 1790, she performed a breeches role as Marquis Razilli in Bertin d’Antilly’s play L’Anglais à Paris. Also an accomplished singer, she performed several difficult singing roles to great acclaim. She was known in particular for her performance of an aria bravura in the grand hall of the House of Nobility, on behalf of the royal orchestra’s widows and orphans’ fund on November 23, 1794. Additionally she played the piano in between the acts.(2) The famous Swedish writer and journalist Gustaf Abraham Silfverstolpe wrote of Lisette that she was “one of the greatest actresses the world had ever seen”.(3)

Her artistic successes and popularity conversely matched her scandals. Stenberg was an orphan without family to protect her and the financial difficulties that began when she was a teenager never left her. It grew to a point where her benefactors couldn’t assist her any longer. She filed for bankruptcy four times in short succession during the height of her acting career. Because of her troubles with the law, she was never accepted into The Royal Dramatic Theatre which led to her gradual decline in popularity. She gave her final performance in Gothenburg in 1800 with Johan Anton Lindqvist’s travelling theatre company.

For the next twenty years she travelled around Europe finding trouble in every stop. Court records show she was arrested several times for selling stolen clothing. During the 1820’s, she ended up in the town of Vänersborg where she lived in poverty. Few people in town would ever know that the poorly dressed, impoverished, foul smelling old woman was once one of Sweden’s most celebrated actresses.(4)