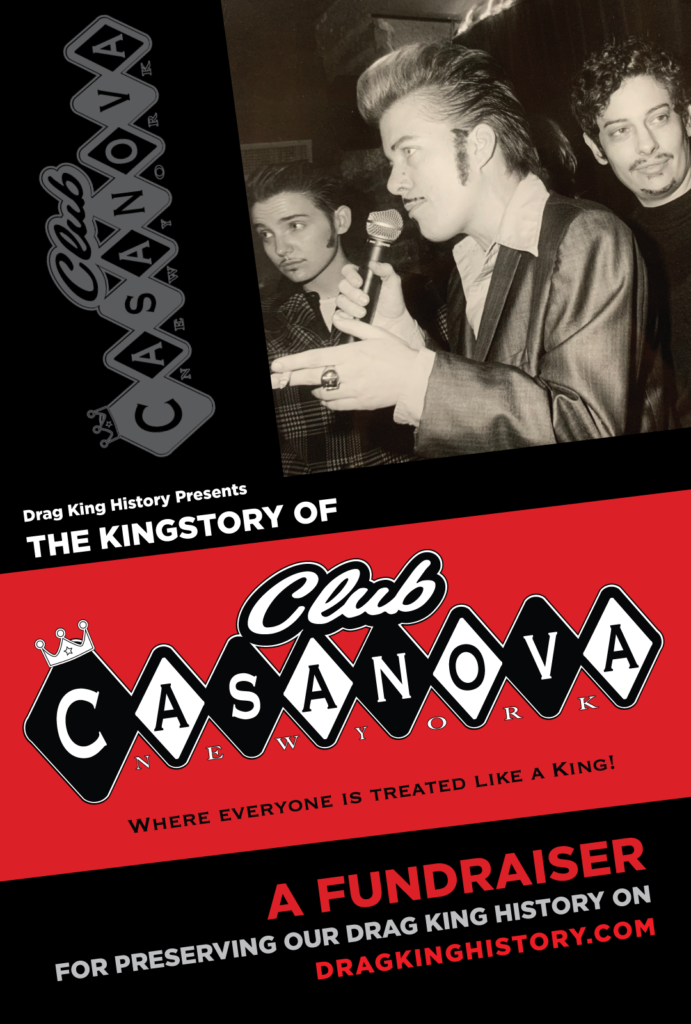 This video is the story of Club Casanova, the world’s first weekly Drag King party produced and hosted by Mo B. Dick in NYC. We explore how Drag Kings emerged from a historical perspective, and showcase the immense influence Club Casanova had on the arrival of Drag King troupes, groups and collectives around the world. Many notable Drag Kings got their start at Club Casanova including: Mo B. Dick, Dred, Murray Hill, The Kase Family, Labio, Sir Real, Evil Cave Boy and more. You will witness never before seen footage from Club Casanova shows filmed in 1997. Plus, you will be hearing from many of the former Club Casanova Drag Kings and those who were a part of the magic that paved the way for the advent of today’s Drag King culture.

By renting this video, a portion of the proceeds will go towards maintaining the website, advertising, acquiring research materials, and the overall continuance of Drag King History. Thank you for your support ! 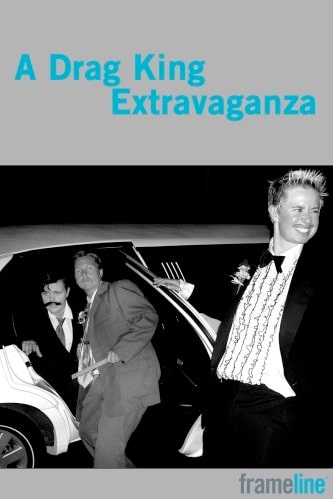 What is a drag king? What is the Drag King Conference? Simply speaking, a drag king is a woman who dresses in a male persona for theatrical purposes. A Drag King Extravaganza, however, reveals that being a drag king is not so simple. Created in 2008, this documentary examines the preceding 10 years, wherein this performance art exploded into a complex and fascinating movement; one that centralizes around an annual drag king conference called the International Drag King Community Extravaganza (IDKE). Within this conference, gender, sexuality, race and ability are explored through in-depth discussions and provocative performances. 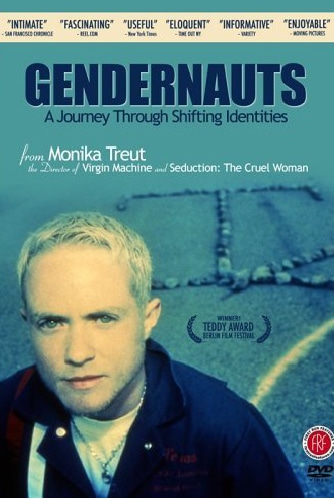 Gendernauts: A Journey Through Shifting Identities

An illuminating and compassionate look at the world of transgender identity, as seen through portraits of some of San Francisco’s leading gender mixers. Whether by birth or by choice, sometimes with the assistance of hormones or surgical prostheses, we meet those who blur the lines of male and female. 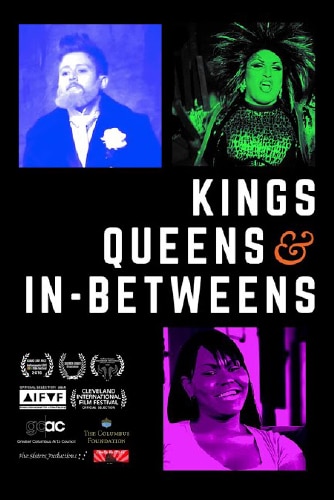 Through the compelling stories of 8 performers in the thriving drag scene of Columbus, Ohio, Kings, Queens, & In-Betweens dives into the next frontier — the often misunderstood topic of “gender” itself. With humor and pathos, KQIB makes a complex subject approachable for mainstream audiences — inviting viewers into a conversation about the distinct differences between gender, sex, and sexuality that has not been represented in film before.

KQIB is an entertaining ethnographic documentary that provides a colorful look into a world few have seen up close.  Structured like a Chuck Close painting, KQIB presents a large community in their own voices, rippling out to reveal the critical consequences of how gender divisions impact our culture and society–from bullying, to marriage rights, to LGBTQ discrimination.

The film focuses on the West Family drag queen and Royal Renegades drag king troupes — people who dedicate themselves to extensive rehearsals, putting their own money (up to $5000/show) into drag as creative expression, personal exploration, community involvement, and/or political activism — KQIB peels back the layers of identity, highlighting the diversity of human experience:

While RuPaul has mainstreamed the concept of drag queens, there is a lot of misunderstanding on how gender expression relates (or not) with sexual preference and biological sex. (Not to mention the confusion about what drag is, who does it, and why.) Using the door of drag as an entryway, KQIB illustrates how a binary system of gender identity doesn’t reflect our bigger reality.  KQIB gives voice to a marginalized group and, in the end, shines a light on issues that impact all of us.

On the 25th anniversary of PARIS IS BURNING, KQIB picks up where that groundbreaking film left off, and includes women and trans folks equally also.

Notably, KQIB is the first film to include the gender performance spectrum (male, female, trans). 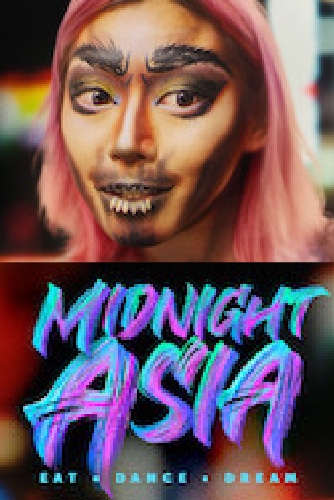 This six-part docuseries captures the food, drink, music, and night owls who shine in the dark of Asia’s metropolises.

In the episode featuring Taipei, Taiwan we meet Drag King Dan Dan Demolition who is non-binary and gender queer. 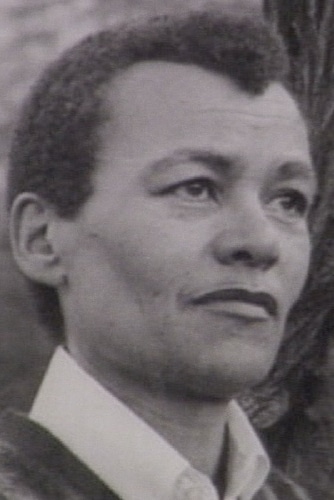 STORME: The Lady of the Jewel Box

“It ain’t easy…being green” is the favorite expression of Storme DeLarverie, a woman whose life flouted prescriptions of gender and race. During the 1950’s and 60’s she toured the black theater circuit as a mistress of ceremonies and the sole male impersonator of the legendary Jewel Box Revue, America’s first integrated female impersonation show and forerunner of La Cage aux Folles. The multiracial revue was a favorite act of the Black theater circuit and attracted mixed mainstream audiences from the 1940s through the 1960s, a time marked by the violence of segregation. Parkerson finds Storme in New York’s Chelsea neighborhood, now working as a bodyguard at a women’s bar and still singing in her deep silky voice with an “all-girl” band. Through archival clips from the past, STORME looks back on the grandeur of the Jewel Box Revue and its celebration of pure entertainment in the face of homophobia and segregation. Storme herself emerges as a remarkable woman, who came up during hard times but always “kept a touch of class.” 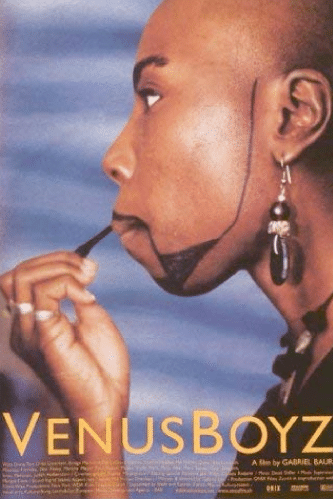 A film by Gabriel Baur

Club Casanova, home of the legendary Drag King Night in New York, is the point of departure for an odyssey to the transgender world. It’s a world where women become men – some for a night, others for a lifetime. The film stars renowned Drag Kings Mo B. Dick, DRED Gerestant, Storme Webber, Diane Torr, Del la Grace Volcano, and Bridge Markland, all women who dress, perform, and/or live as men, with appearances by legendary Drag Queens Mistress Formika and Queen Bee Luscious.