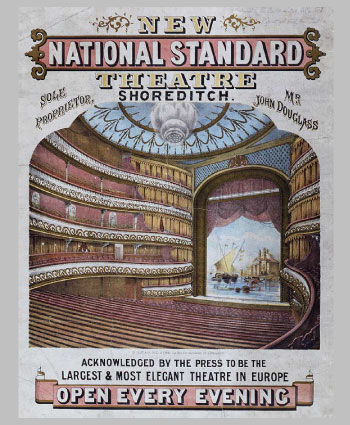 From 1913 to 1930, Violet Wainfor used the stage name Pip or Phil Wainfor to perform as a male impersonator in small halls and pubs in the United Kingdom and on vaudeville stages in the United States.

Violet and her siblings Ellen, Mildred, Anna (the author’s great-grandmother), and Nelson were born in Leeds, England during the late Victorian era, roughly between 1890 to 1910. They performed a family act with their parents Nelson Wainfor and Lida McCafferty-Wainfor. When Violet was 13 she would dress as a boy and partner with her sister Ellen in a ballroom dancing act to perform in small halls and pubs, which were commonly called “penny gaffes” or “free and easies”. They often received little to no remuneration other than a free hot meal.

In 1916, when Violet was 16 she moved to Manchester, England to become a male impersonator performing solo either as an east-end dustman or as a soldier singing the popular British music hall songs of the time such as “Henery the Eighth”, “Burlington Bertie”or “It’s a long way to Tipperary”.

After World War I ended, the Wainfor family emigrated to the United States residing in Ohio, Pennsylvania and for a short time in Washington, D.C.. Violet continued to perform as a male impersonator on the vaudeville stages through the early 1920’s.

After she met and married Arthur Hollenburg who fronted a jazz band, she retired from performing as a male impersonator as he objected to her dressing in men’s attire. She did resume performing with her sisters until they retired from show business in the mid-1930’s. Upon retirement, they bought an ice cream parlor in Youngstown, Ohio and ran it until the mid-1950’s.

In 1964, Violet Wainfor Hollenburg died of a heart attack and was laid to rest in Woodlawn Cemetery in Iowa.

As told to Clifta Frizzell by her mother, Dorothy Frizzell