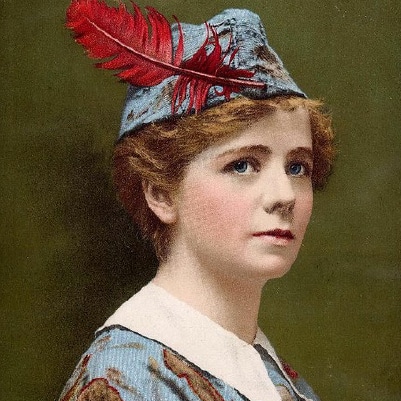 Maude Adams was a celebrated American actress who was the first person to play Peter Pan on the Broadway stage in 1905. She played several male impersonator roles over her career and became one of the highest-paid performers earning over $1 million dollars per year at the peak of her career. When she played the role of Peter Pan, Maude modified the costume to create the “peter pan” collar which became a popular fashion trend. After retirement from the stage, Maude, ever the inventor, advanced technology for stage and film by creating better quality lighting that set standards for Hollywood.

Maude Adams Kiskadden was born on November 11, 1872 in Salt Lake City, Utah to Annie Adams and James Henry Kiskadden. Through her mother’s lineage, Maude was distant cousins to two U.S. Presidents, John Adams and John Quincy Adams.(1) Maude’s beloved father, a banker, died when she was seven years old. Annie Adams was a well-known, successful actress frequently performing with a stock company on the Brigham Young Theater stage in Salt Lake City. Taking after her mother, Maude dropped her father’s surname and used her mother’s maiden name Adams, and became an actress.

Maude’s acting career began by chance when she was a few months old. Annie Adams brought her infant to the theater while she was working. During the production of “The Lost Child” a baby was needed for one of the scenes. The baby cast for the role was crying incessantly so the quiet, docile Maude was ushered in to save the day marking her first acting role. Later, the Kiskadden family moved to San Francisco for Annie to tour in theatrical productions, and that is when Maude’s acting career began in earnest.

At the age of 16, Maude moved to New York City with her mother to make her Broadway debut in 1888. After a few short years, she became the leading lady in notable theatrical productions after catching the eye of famed theater producer and manager Charles Frohman who took Maude under his wing. Her talent saw no bounds and she was sought after by playwrights and producers alike. Maude starred in six productions written by Scottish playwright and novelist J. M. Barrie including Quality Street (1901), Peter Pan (1905), What Every Woman Knows (1908), The Legend of Leonora (1914), The Little Minister (1916), and A Kiss for Cinderella (1916).

On October 22, 1900 at the Knickerbocker Theatre in New York City, Maude starred in a male impersonator role in L’Aiglon, a six act play based on the life of Napoleon II who was the son of Emperor Napoleon I. It was written by French poet and playwright Edmond Rostand and later translated in English by Louis N. Parker. Maude received rave reviews in The New York Times:

“In the choice of Maude Adams to fill the title role, also, no great mistake has been made, in the existing circumstances. Unless an inspired boy could have been found for the character of the young Duke of Reichstadt, (and inspired boys are scarce in every epoch,) certainly no more fit selection could have been made.

She looks the scion of Bonaparte-Hapsburg union to the life. One never thinks of her as a woman from the beginning of the play to its sad last scene. In every pictorial and superficial attribute her portrayal is flawless. Not a gesture or a pose is out of place or awkward.”(2)

L’Aiglon was originally created for Sarah Bernhardt who first debuted the play on March 25, 1900 at the Theatre Sarah Bernhardt in Paris. Bernhardt reprised the role of Napoleon II in London in 1901 at His Majesty’s Theatre.

J.M. Barrie wrote Peter Pan in 1904. Nina Boucicault was the first person to play Peter Pan which debuted on London’s West End in 1904. Maude Adams was the second actress to play the eternal young boy making her debut on November 6, 1905 at Charles Frohman’s Empire Theatre 1430 Broadway New York City. She prepared for the role by spending a month frolicking in the woods of the Catskill Mountains. She also created a popular fashion trend by adding a rounded collar to her costume which was subsequently named the “peter pan collar”. Maude would reprise this role over the course of her career in 1906, 1912, and 1915 garnering considerable wealth.

The role of Peter Pan played by a woman is a throwback to the time when women first played the principal boy roles in opera and pantomime. Playwright James M. Barrie personally requested the role to be played by a woman as it was problematic for a grown man to play a teenage boy. When the play was first staged in 1904 in England, children under the age of fourteen were prohibited by law from performing after 9pm on a British stage. And the role calls for Peter to fly in the air which meant mastering the use of rope and stage magic. This is not to say that boys nor men could ever play this role, it is merely logistically challenging.  The ensuing result to cast a woman for the role became a mainstay that has lasted to today.

On January 15, 1908, Maude premiered her third male impersonator role playing the role of Chico in The Jesters (3, 4). It was  written by Miguel Zamacois, adapted by John Raphael, and produced by Charles Frohman. The play is set in 16th century France with a Prince Charming character disguised as a jester with a humpback who uses his wit not his looks to gain a girl’s love. It premiered at Frohman’s Empire Theatre to critical success, yet not financial success.

1911 saw Maude starring in Chantecler, a verse play in four acts written by French playwright Edmond Rostand and adapted by Louis N. Parker. All the characters in the play are farmyard animals, and Maude played the lead role of a rooster who believes his crowing makes the sun rise.

In 1918, Maude retired from the stage following a serious illness. After a few years of recuperation, she returned to her research in lighting. During her theatrical career, Maude became interested in stage lighting technology and design which led her to work closely with Bassett Jones who was a mechanical engineer. Together they modified and improved incandescent electrical lighting for the theater.(5) Bassett is quoted as saying:

“She completely revamped the whole art of stagecraft—setting and lighting…In my opinion, Maude Adams was the greatest production artist this country ever saw.”(6)

Unfortunately, the public knows little of Maude’s immense contributions, yet the result of her research and collaborations with General Electric and Eastman Kodak was the manufacturing of the world’s then-largest incandescent lamp in 1922. In 1924, she established Maude Adams Productions in order to experiment in creating color film which she later abandoned as she was not successful in her endeavors. She was featured in four patents submitted between 1931 and 1932, listed as co-inventor. (7)

In 1937, Maude became a professor of dramatic art at Stephens College in Columbia, Missouri where she taught until her retirement in the winter of 1949-1950.

Particularly private and reclusive, Maude gave few interviews and few personal papers have surfaced. Manager and producer Charles Frohman was delighted that Maude was never associated with men as that helped to create her image as innocent and virtuous. We do know that she shared two significant relationships with women. Her first known relationship was with Lillie Florence from the early 1890’s to Florence’s death in 1901. Her second relationship was with Louise Boyton from 1905 until Boynton’s death in 1951. Boynton was often described as Maude’s lifelong friend and secretary. A 1913 profile of Maude in Good Housekeeping elaborated, calling Boynton “a companion who is consulted on every momentous question of costume or farm produce; who is present at the trial of every stage effect and is the companion of every country drive; a true helpmeet in the small things of life as well as in the large.”(8)

Maude Adams died on July 17, 1953 in Tannersville, New York, and was laid to rest beside her partner Louise Boynton where they share a headstone at Cenacle Convent Grounds located at 310 Cenacle Road Lake Ronkonkoma, Suffolk County, New York.(9)

4.) ‘The Jesters’ A Play of Rare Good Humor; In Which Maude Adams Wins A Positive Success at the Empire Theatre”,
January 16, 1908, page 9. The New York Times.
https://www.nytimes.com/1908/01/16/archives/the-jesters-a-play-of-rare-good-humor-in-which-maude-adams-wins-a.html

5.) “Maude Adams Invents Stage Lighting Device; Her Novel Theory of Stage Illumination Developed from a Hobby and Now for the First Time to Be Put to Practical Use.” The New York Times (5 Jan. 1908): 108. 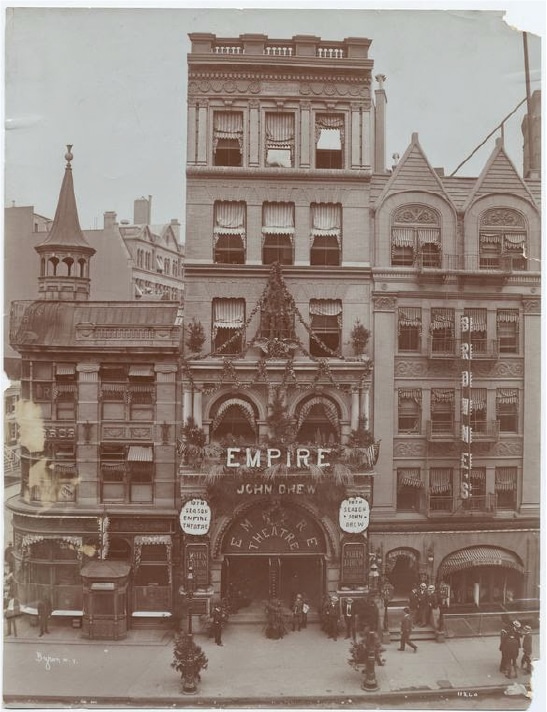 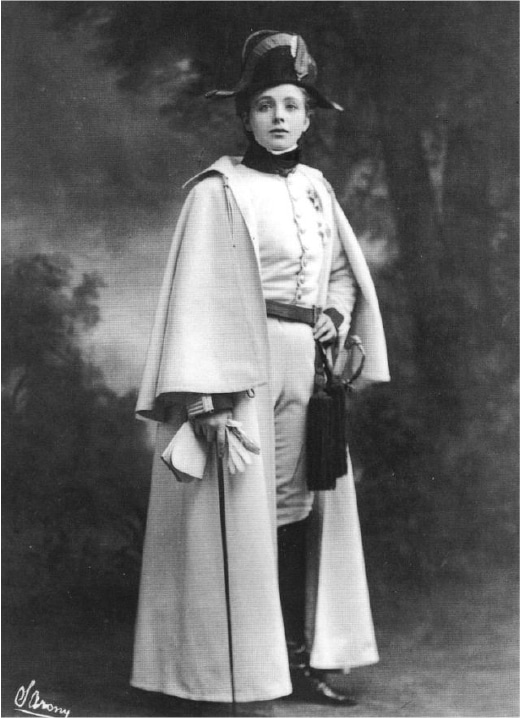 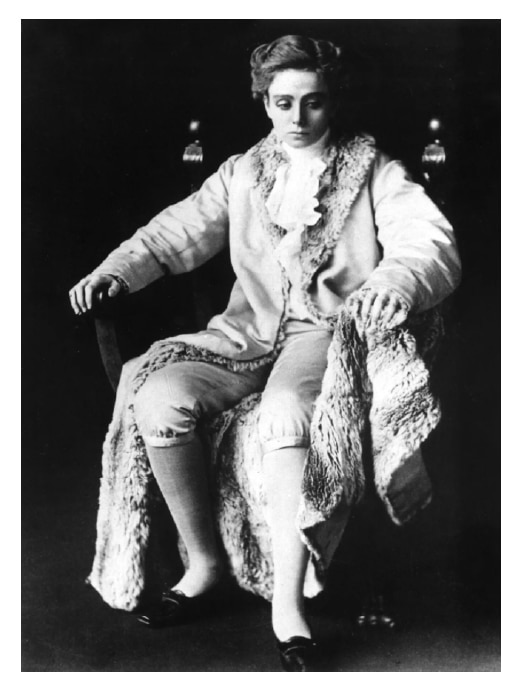 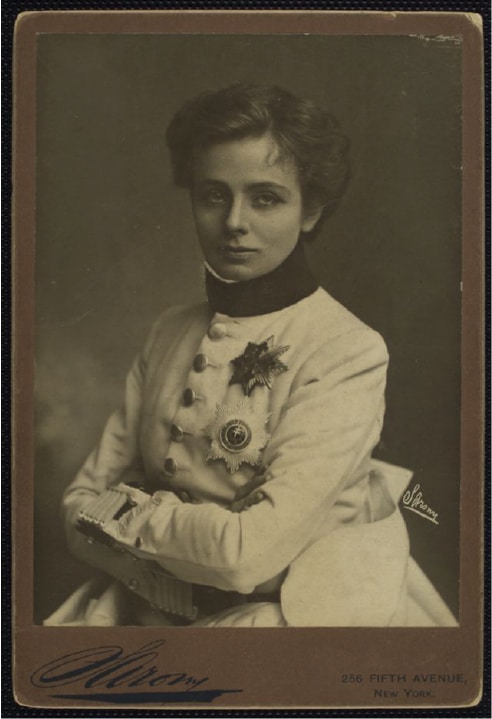 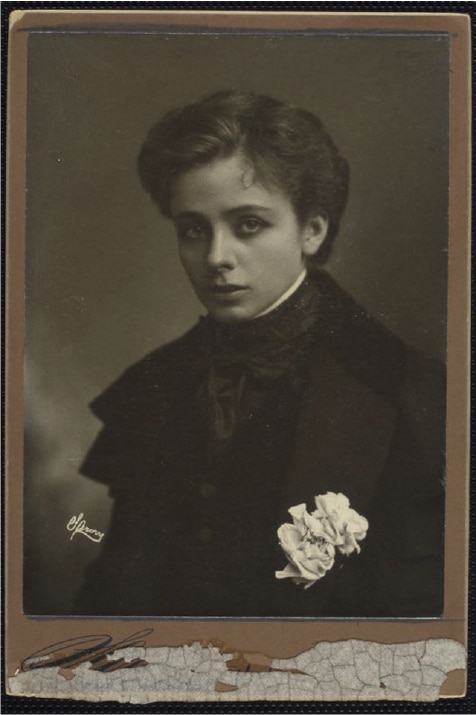 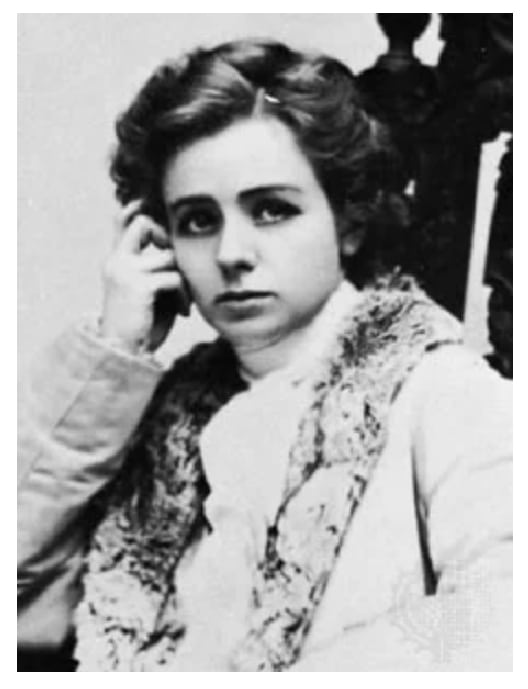 1905 - Peter Pan on Broadway at the Empire Theatre 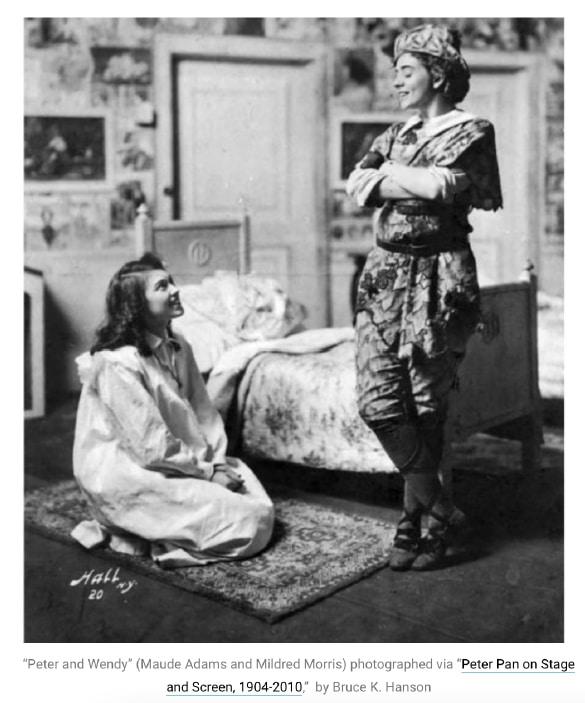 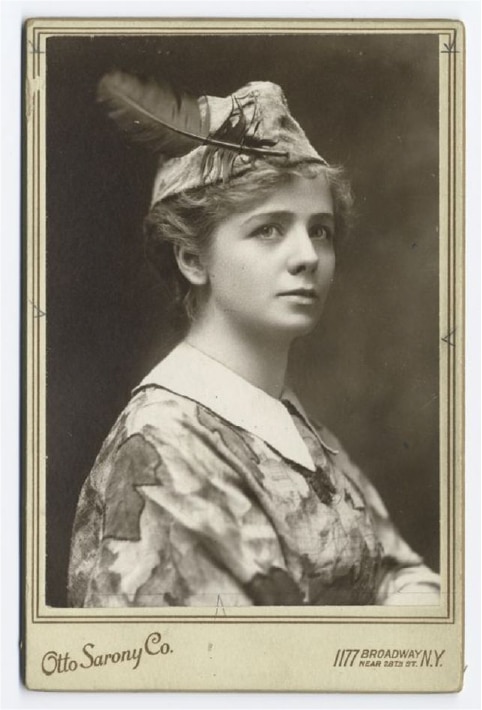 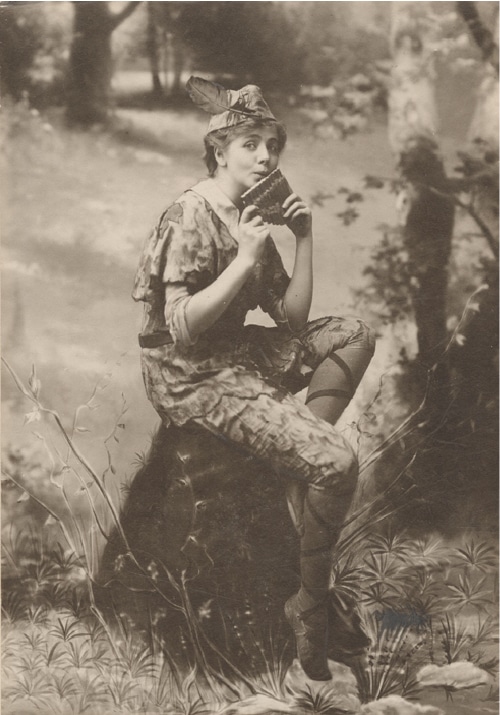 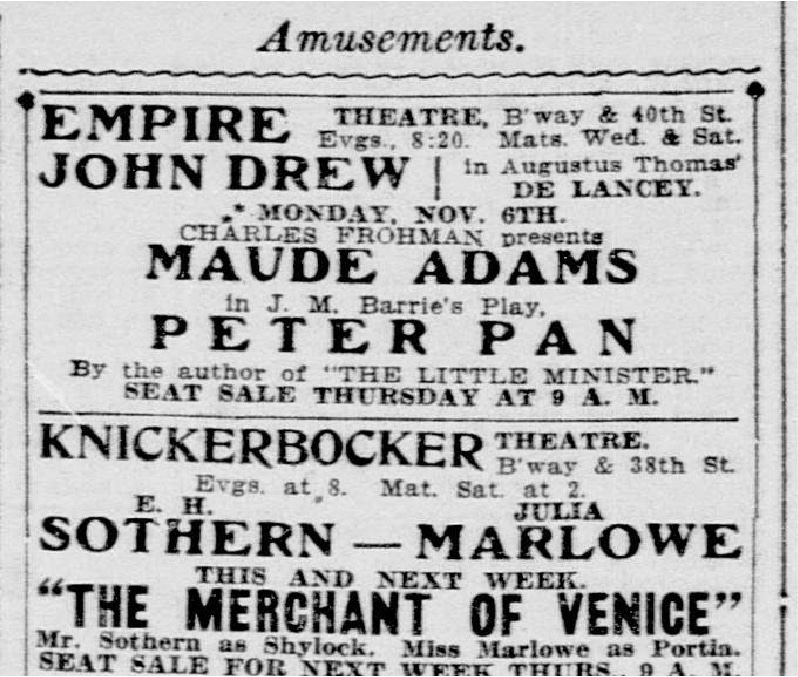 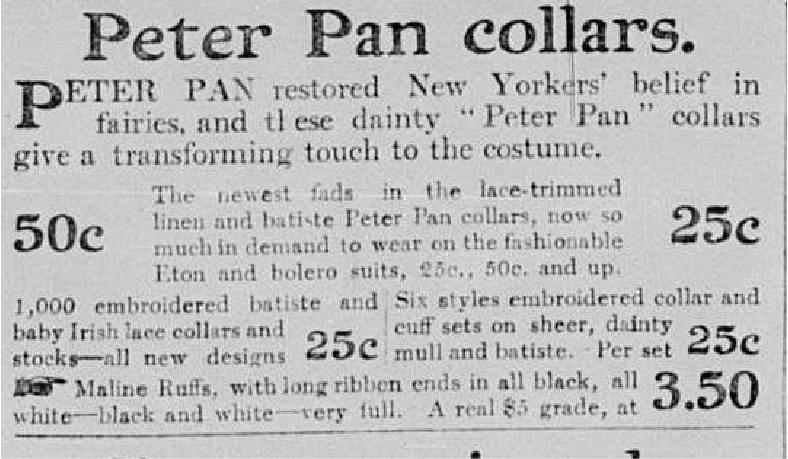 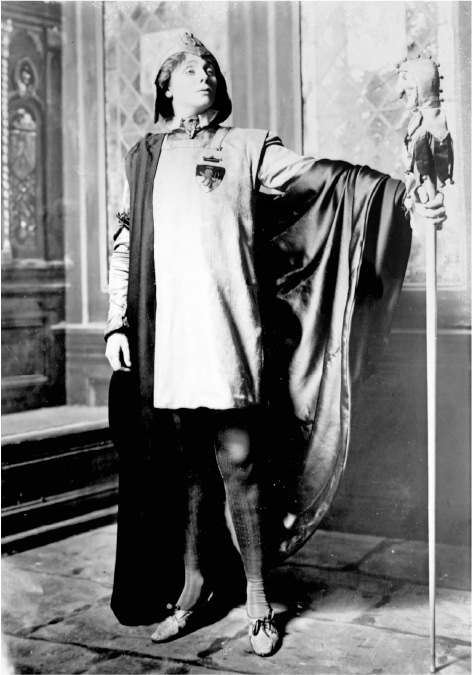 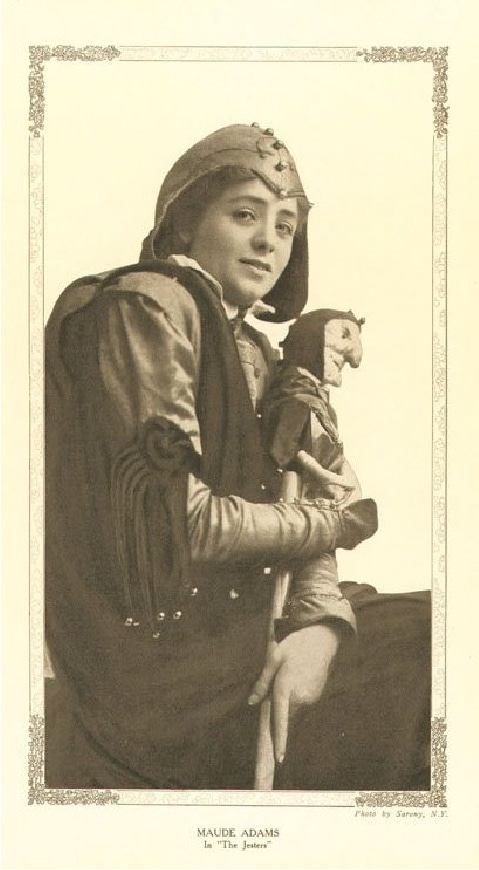 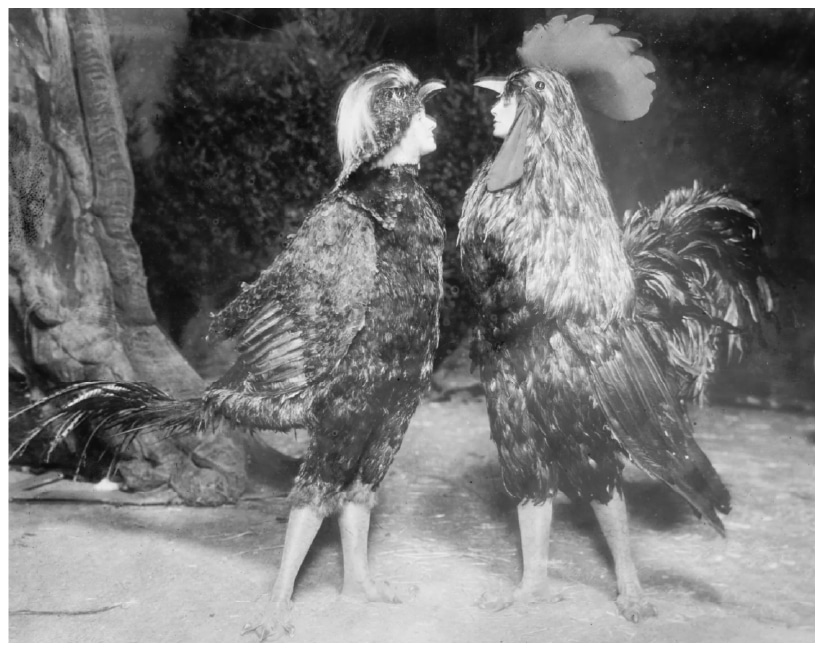 Photos: 1920’s - Maude holding lighting for stage that she helped to improve 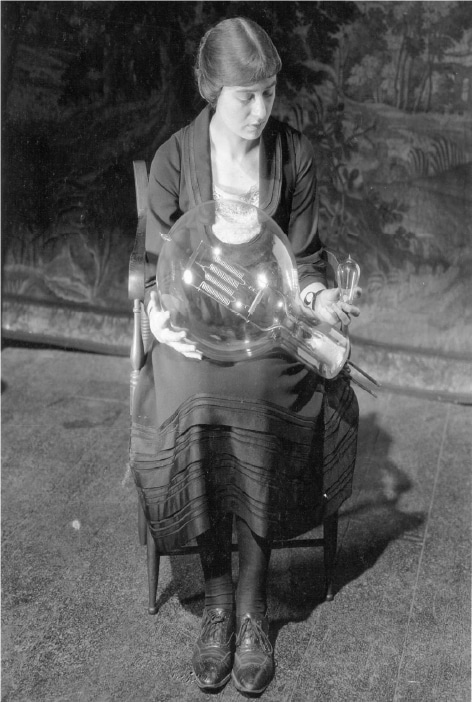 Photos: 1953 - Maude Adams and Louise Boyntown headstone and photo together

Photos: 1953 – Maude Adams and Louise Boyntown headstone and photo together 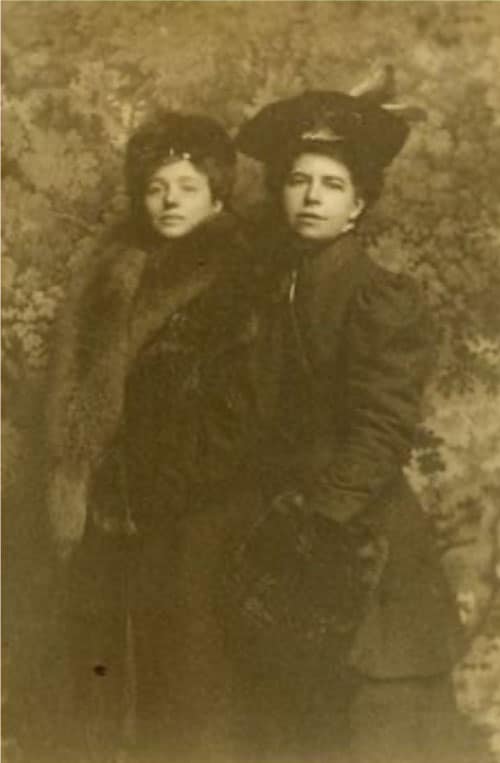 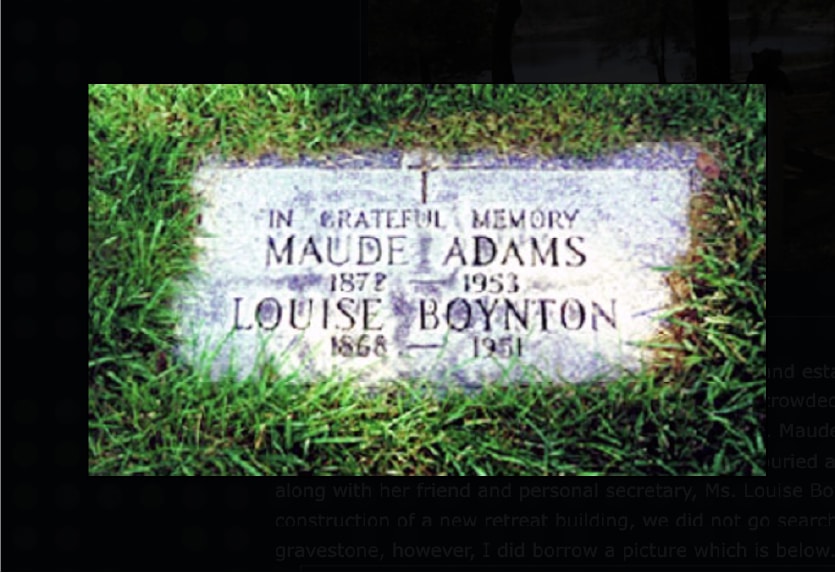