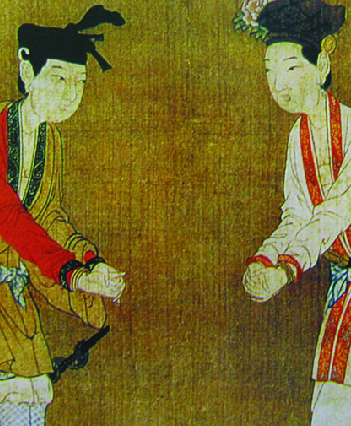 Bio
Through paintings and poetry from the Song Dynasty (960-1279 A.D.) we can confirm that women played prominent roles in Chinese Opera whether as performers or musicians. Figure 4.5 is an illustration of female performers from the Song Dynasty who were male impersonators as the clothing is distinctly male attire. In figure 4.6, we see female performers playing a variety of different roles as depicted in their corresponding costumes. They not only played instruments but also danced. (Liu, Y 2003, p. 43)

The return of Confucianism in the Song Dynasty (960–1279 A.D.) brought with it strict doctrine that reasserted women’s place in the home and out of the public realm. Needless to say it was not a prolific era for women as was witnessed during the Tang Dynasty. In fact, China’s best-known painting, the Qingming scroll by the artist Zhang Zeduan painted during the Song Dynasty, depicts daily life with 840 people going about their day in public and only 20 were women. The Qingming scroll was the Emperor’s fantasy of Chinese life depicted as harmonious, prosperous, well governed, secure and mostly men. And it was during the Song Dynasty where the horrific practice of foot binding was established. Foot binding began in elite social circles and later became widespread among all social levels for several centuries.

Despite the patriarchal order, strong evidence remains that women had a formidable presence in Chinese Opera. During the Tang Dynasty, Chinese Opera was cultivated in the royal courts whereas during the Song Dynasty performances were held in public. Theatre and tea houses sprang up making it possible to see what was called “variety drama”: mimes, dance spectacles, acrobatics, circuses with animals, and magic shows. It was a culturally rich time of great artistic expression and expansion.

Will we ever know about the male impersonators of the Song Dynasty:
– Who were these brave women ?
– What prompted them to become male impersonators ?
– Were they greeted with acceptance or derision ?
– As performers were they able to freely immerse themselves in the public domain ?

One brave woman we do know about is Mu Guiying who was the wife of a respected official that guarded the border. Mu had extraordinary martial arts skills which she put to great use when she led a group of widows in a war against the Xixia kingdom. (Zhao Chenxi 2011). The story of this fierce woman warrior is recounted in a widely popular opera and novel set in the Song Dynasty called Warriors of the Yang Family. 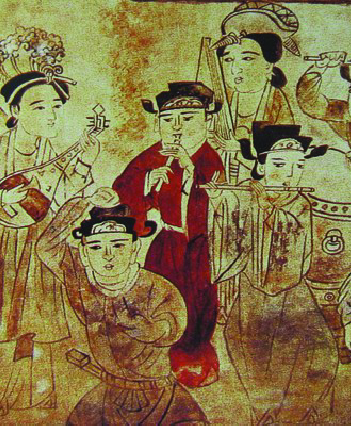 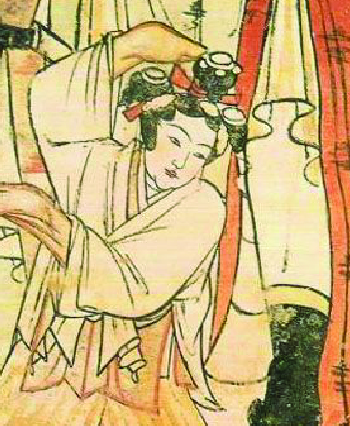 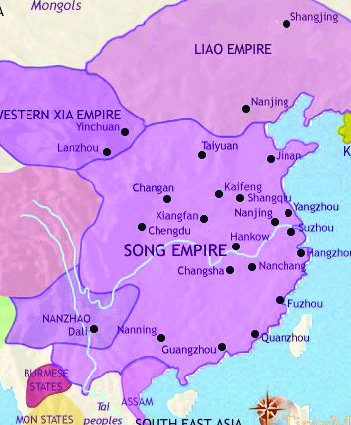 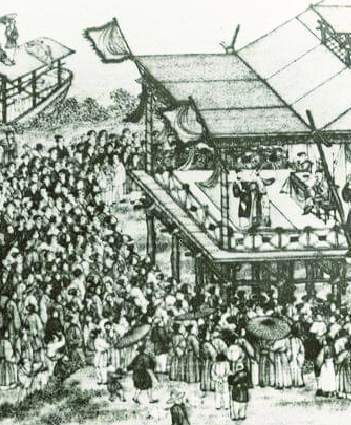 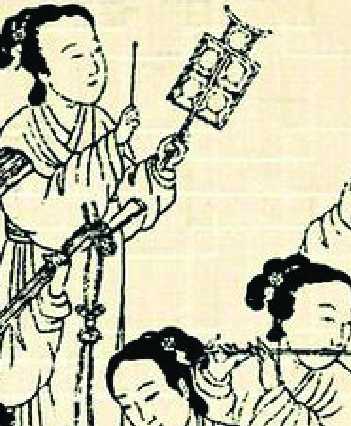