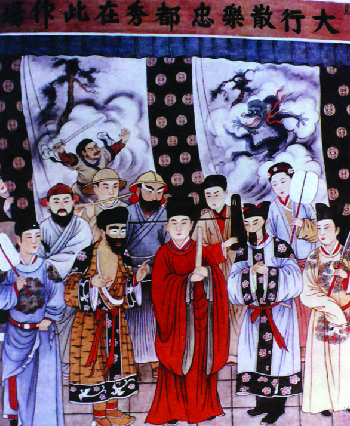 Bio
The Yuan Dynasty (1279–1369 A. D.) was a prolific era for female performers in the Chinese Opera. Fortunately for us, fourteenth century theatre enthusiast, Xia Tingzhi, wrote a collection of biographies to immortalize these outstanding women.

From 1205 to 1369, China was ruled by the nomadic Mongols starting with small scale invasions in 1205. It was Kublai Khan, the grandson of Genghis Khan, who established The Yuan Dynasty (1279–1369 A. D.) and served as its first emperor. Naturally, this greatly affected all of China, Chinese Opera in particular.

In previous dynasty’s, Chinese scholars wrote in the classical language of China specifically for the royal courts and the elite. In the Yuan Dynasty, Kublai Khan did away with scholars and the elite which gave way to their participation in Chinese Opera. Because Khan insisted on colloquial language for entertainment, scholars worked with actors to create plays that were mostly written in local vernacular and which included many songs. Highlighting his travels in China, Marco Polo, the Italian explorer, wrote that vast entertainment in the capital city of Dadu (now Beijing) was performed for foreigners again reflecting the necessity of local vernacular. (Dolby, W 1994) And important to note, using colloquial language led to the widespread popularity of Chinese Opera outside of the royal courts so this art form could be enjoyed among all social classes in China.

It wasn’t only scholars who worked to cultivate employ in Chinese Opera but elite women as well. Historical records show that women proliferated in the theatre during the Yuan Dynasty not only for economic means but also to impress and please foreign dignitaries which I presume for their own political power. (Dolby, W 1994). In 1364 author, Xia Tingzhi, wrote his book Qinglou ji qianzhu (The Green Bower Collection,1990) which included 117 biographies of female actresses of the time. Xia’s accounts of these performers show us that gender as an art form made great strides in the Yuan Dynasty. These women portrayed male military figures which demonstrated their mastery of martial arts and acrobatics (Hui-ling 1997). For example, “the actress Tian Xixou was an expert in lulin, or valiant brigand roles” (Xia 1990:142). Ping Yangnu, another famous Yuan actress/male impersonator, “was blind in one eye; she tattooed complex patterns on her arms and legs in the style of gangsters in order to vividly portray lulin roles” (Xia 1990:154). Because of their achievements as male impersonators on stage, these women off stage were able to access literary education which was denied to most women. (Hui-ling 1997).

Despite foreign domination, religious suppression, political oppression and the practice of foot binding, these courageous women prevailed and made great strides towards their personal development and freedom through Chinese Opera. 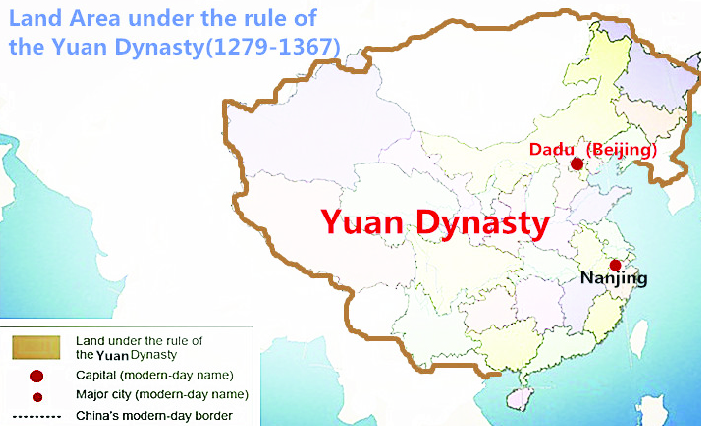 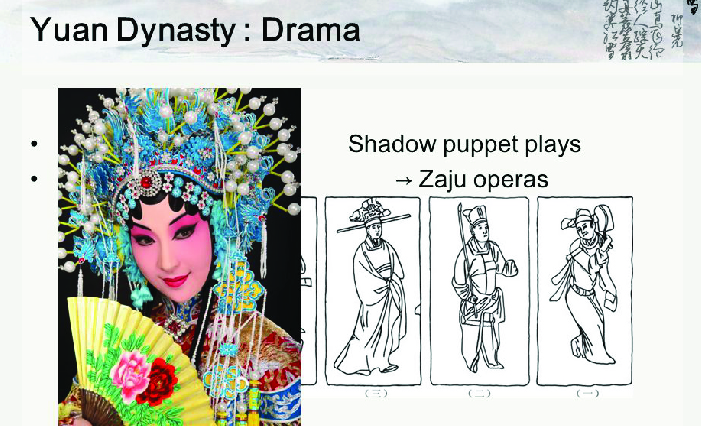 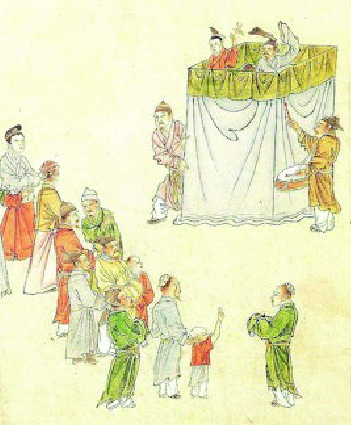 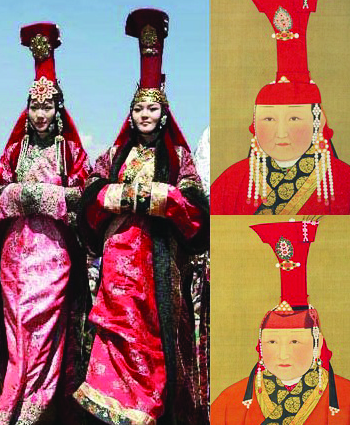 Crump, J. I. (1990). Chinese Theater in the Days of Kublai Khan. Ann Arbor: Center for Chinese Studies The University of Michigan

Waley, Arthur (1964). The Secret History of The Mongols & Other Works, House of Stratus, UK.