In 1835, Charlotte Cushman made her stage debut in opera at the age of 18. She is considered one of America’s first greatest actresses with a career spanning 40 years. She specialized in breeches roles playing over thirty male roles including legendary Shakespeare characters Romeo, Hamlet and Cardinal Wolsey. Cushman developed a wildly successful career in acting and achieved great financial success.

Charlotte Saunders Cushman was born on July 23,1816 in Boston, Massachusetts to Mary Saunders and Elkanah Cushman, a descendant of Robert Cushman who was one of the original Pilgrim families of the Plymouth Colony. Her father died when she was thirteen leaving her bereft mother and four siblings bankrupt. Seeking earning capabilities, she took music lessons from two of her late father’s friends. In 1835, she made her stage debut as the Countess Almaviva in The Marriage of Figaro at the Tremont Theater in Boston. Not long after, Charlotte strained her voice which led her to take up acting.

In 1839, Charlotte and her sister Susan, also an actress, shared the stage playing Romeo and Juliet. In 1843, British actor, William Macready, encouraged Cushman to apprentice in London where she honed her skills to critical acclaim. She returned to the US as a celebrated actress.

Theatre critics considered her to have a “convincing masculine stride” in her breeches roles. [Bronski] Cushman valued the masculine traits of independence, freedom, social mobility and financial prosperity. It was no surprise to anyone that she started her memoirs, “I was born a tomboy”.

In 1852, Charlotte moved to Rome setting up a feminist household comprised of only female artists calling it ‘jolly bachelor woman’. This group of women included: African-American sculptor Edmonia Lewis, Emma Stebbins, Louisa Lander, Harriet Hosmer, Anne Whitney, Margaret Foley, Florence Freeman, Grace Greenwood and Vinnie Ream. It was a group of independent women who were respected members of the art world and earned large incomes. This was a time when women living together were considered chaste and platonic despite being openly affectionate. During the Victorian era no one suspected these relationships were romantic as men weren’t involved. The Library of Congress contains Charlotte’s personal papers which document all of her romantic relationships were with women. She had open romantic relationships with Rosalie Sully, Emma Crow, Matilda Hays and Emma Stebbins as well as sordid affairs with countless other women. Confiding in a letter to a friend, Cushman said “her escape from heterosexuality permitted her to give my entire self to my work.” [Faderman]

In 1858, Cushman embarked on a tour of America, where she was billed as the internationally acknowledged ‘greatest living tragic actress.’ She took on the role of Cardinal Wolsey in Shakespeare’s play Henry VIII in order to continue to showcase her broad range of talent and to free herself of racy costumes in her breeches roles which were very revealing. Her costume for Cardinal Wolsey was flowing robes and the chest size much larger than her actual size to conceal any womanly features.

Knowing she had breast cancer, Charlotte moved back to the US in 1871 and did numerous dramatic readings. Upon her retirement from the stage at her final show in New York City on November 7,1874, the police had to guard the theater for fear of overcrowding inside. Thousands of fans lined Fifth Avenue after the show to watch fireworks and participate in a candlelit procession as she passed on the way back to her hotel.

Merrill, Lisa. When Romeo Was a Woman: Charlotte Cushman and Her Circle of Female Spectators, University of Michigan Press, 1999. 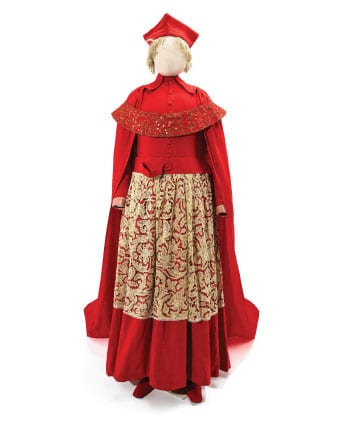 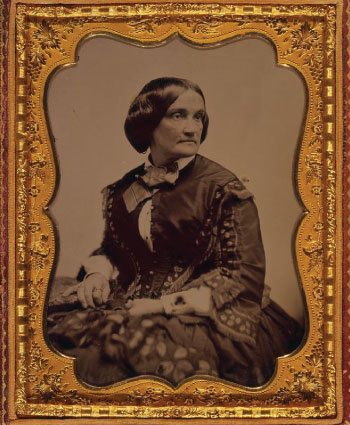 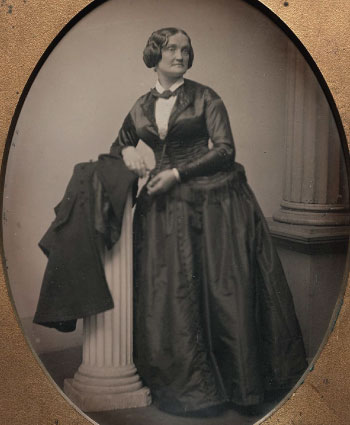 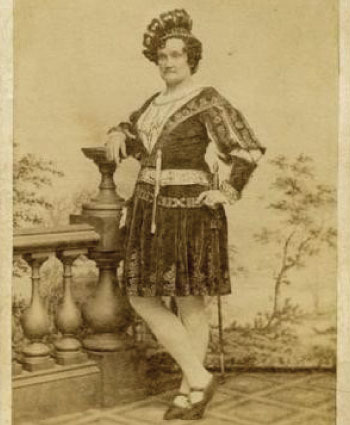