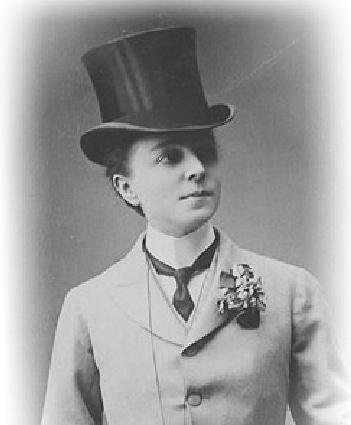 Vesta Tilley, indisputably the most famous male impersonator of all time, was one of the highest paid performers in the British Music Halls during the Victorian and Edwardian eras. She accomplished six successful tours of the United States performing on Vaudeville stages, and has remained a popular figure today giving credence to her presence, popularity, and place in the pantheon of performance. The diminutive Tilley set the standard for male impersonators in terms of her style and demeanor both on and off stage. Please note, much has been previously written about the ever popular Vesta Tilley, this profile serves as a brief synopsis.

Born on May 13, 1864 in Worcester, England, Matilda Alice Powles was the second child of thirteen children. Her father, Henry Powles, was a musician and music-hall performer known as Henry Ball and who served as the master of ceremonies at the Theatre Royal in Gloucester and later at the St. Georges Hall in Nottingham. She shared her first name with her mother Matilda Powles (nee Broughton) and “Tilley” was her childhood nickname, short for Matilda. Her father introduced little Matilda to the stage at the age of three, and two years later Tilley dressed in male attire to perform which began her illustrious career as a male impersonator. Dressing in men’s attire to perform reinforced cross dressing as an acceptable and wildly popular form of entertainment during the seemingly conservative Victorian era.

Vesta had a petite figure which allowed her to play principal-boy roles and portray male characters with ease and credibility. She wore well-cut menswear and was able to perfect the illusion of being male portraying dandys, soldiers, sailors, and messenger boys. In her autobiography entitled Recollections of Vesta Tilley that was published in 1934, Vesta told of how she ‘cleverly disguised her own long wavy hair under a wig, which, close up, resembled a skull cap covered with short hair’.(1) Her act was highly scripted, and she rarely engaged with the audience. It is interesting to note that Vesta’s success unfolded at a time when women were campaigning for their rights and challenging Victorian gender-stereotyping.

After five years of cajoling, successful theatre producer Tony Pastor was able to secure a booking for Vesta Tilley in 1894 in New York City. The New York Times gave her rave reviews writing “…Vesta Tilley is something very rare on the variety stage – an artist.”(2) Theatre reviewers alike noted her refined presence, respectable characters, formidable male attire and amiable demeanor which brought her immense popularity. Vesta maintained a popular presence during her entire career as she shied away from risque, vulgar character portrayals, and preferred a more scripted performance style. And worthy to note that part of her popularity was found in her soprano voice which never lent a hand in confusion about her gender identity.

Vesta was not only one of the highest paid male impersonators, but she also had lucrative licensing deals allowing her name to be used to sell Vesta Tilley Socks, Vesta Tilley Waistcoat, Vesta Tilley Cigars, theatrical photographs, and sheet music with lavishly illustrated covers.(3)

Vesta returned to the tradition of principal and second-boy roles in pantomime. High season was Christmas time, and she was in great demand which allowed a steady income. These roles were far less provocative than the male characters she portrayed, yet brought her a return to innocence especially with women and children in attendance.(4) For the young female audience members in attendance, Vesta signified a mythical ideal of male poise and beauty.

By the end of the 19th century, tides had begun to turn, and male impersonation began to be seen in a different light. There is great speculation as to why this occurred, but we do know that Vesta felt the need to reinstate femininity off stage. In an essay entitled “The Mannish Woman” that was published for The Pittsburgh Gazette Home Journal in 1904, Vesta wrote: ‘While my business is that of impersonating male characters, I heartily detest anything mannish in a woman’s private life. There is nothing so charming as the home woman, whose soft voice and gentle manner has done so much to make the world better…’.(5) In establishing this stance, she set the stage for future male impersonators to emulate.

In the 1910’s during World War I and at the height of her career, the highly influential Vesta dressed in military uniform to run recruitment drives, perform in hospitals, and sell war bonds. This signified male values of heroism, strength, authority, and power, and she was nicknamed “England’s greatest recruiting sergeant” since young men were asked to join the army during her show.

After performing for over 50 years, Vesta gave her last appearance at the Coliseum Theatre in London in May 1920.

On August 16, 1890, Vesta married British theatre impresario Walter de Freece at Brixton Register Office. He frequently booked his popular wife, Vesta, as the headlining act in various theatres he owned in England. With the end of World War 1 and the advent of film, interest in live performances drastically declined. In 1919, Walter was knighted and became a member of Parliament serving the Conservative Party. Vesta became Lady de Freece and retired from performing. In 1931, Walter retired from the Parliament, and they both moved to Monaco where they lived the remainder of their lives.

On a visit to London, Vesta died on September 16, 1952, and was laid to rest at Putney Vale Cemetery, Stag Ln, London SW15 3DZ alongside her husband.

Her life story was commemorated in the 1957 biographical film After the Ball directed by Compton Bennett and starring Pat Kirkwood as Vesta Tilley.

Just One of the Boys by Gillian M. Rodger

The Changing Room by Laurence Senelick

Rodger, Gillian M.. Just One of the Boys, University of Illinois Press, 2018. 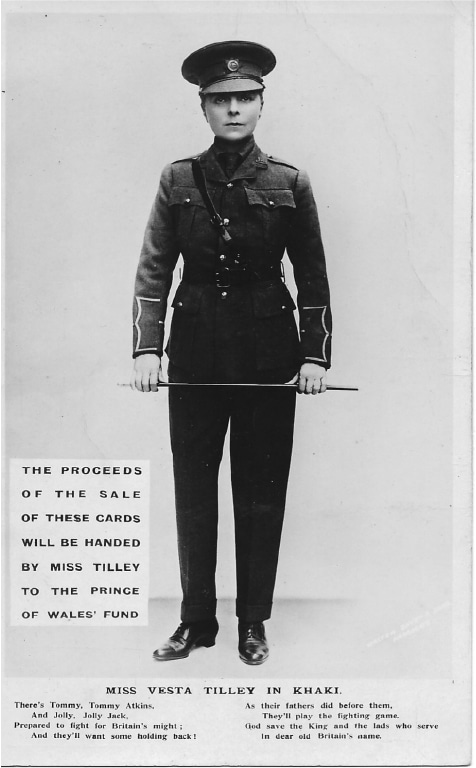 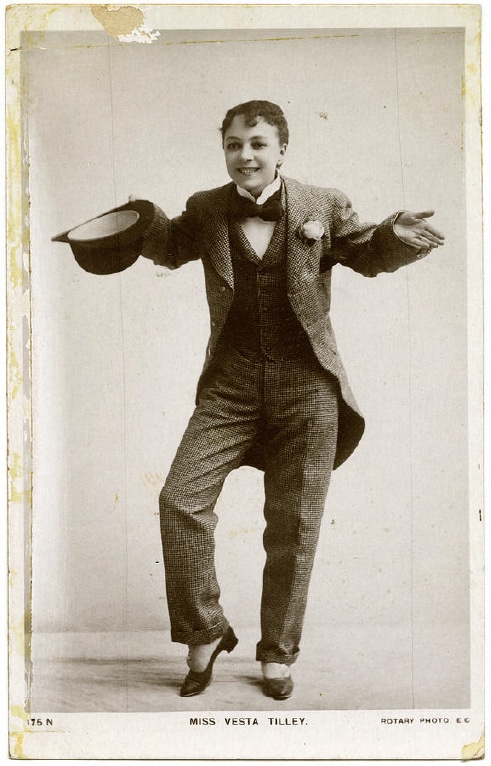 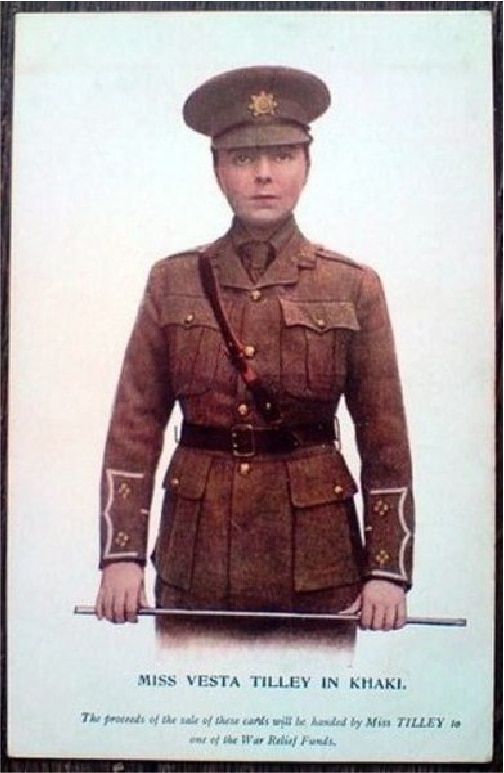 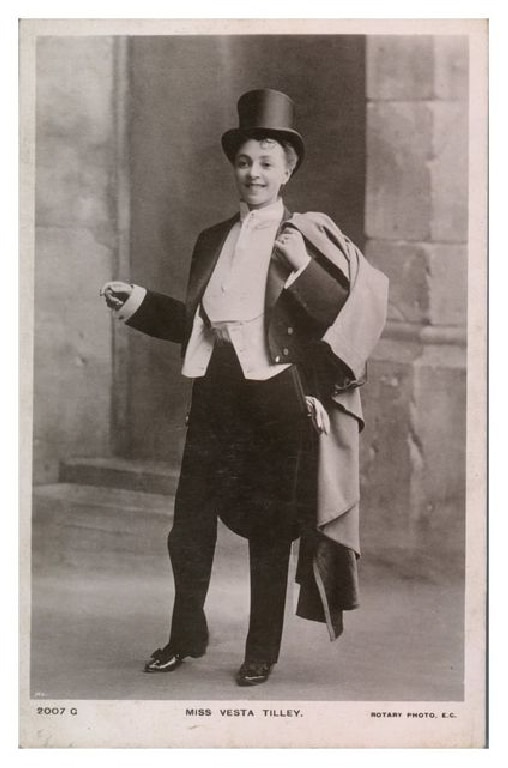 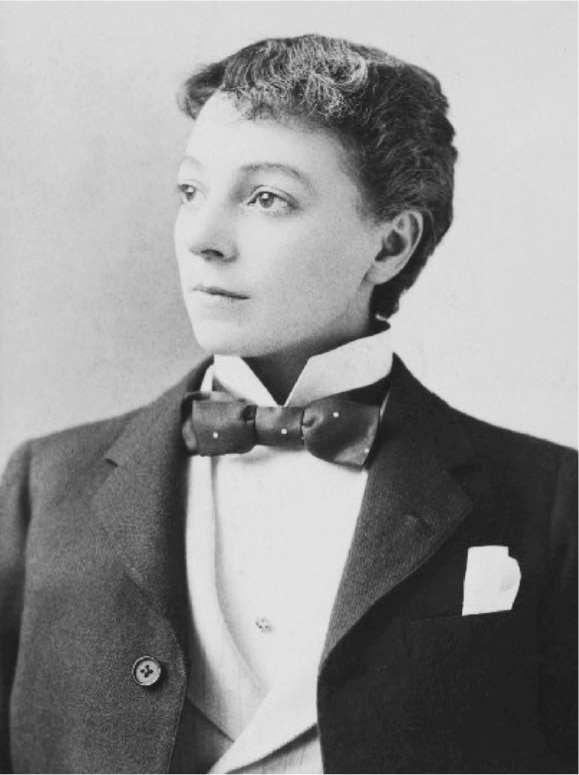 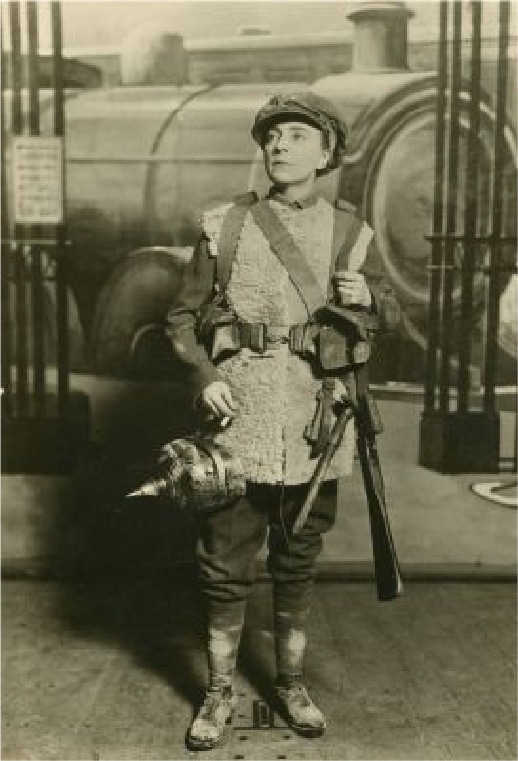