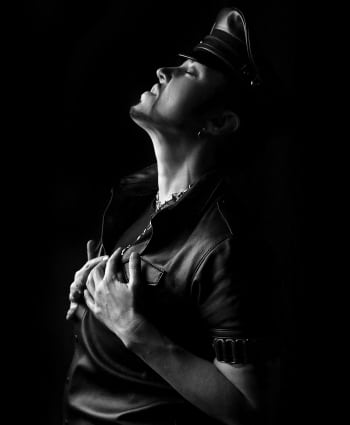 Ken Vegas has been blending gender on stages from D.C.’s own Chaos nightclub to venues across North America, UK, and Sweden. As the organizing forces behind the D.C. Kings, he helped shape Washington into one of the hottest spots in the internationally burgeoning drag king scene.

On December 20th, 1996 Ken started his illustrious drag king career at the local lesbian club, “the Hung Jury” in Washington, DC as a contestant in DC’s very 1st Drag King Contest. This was a fundraiser event put on by the Lesbian Avengers’s annual Dyke March. Cheryl A. Spector was in NYC on the summer of 1996 and saw Mo B. Dick and other hot drag kings perform and she wanted DC to have drag kings too by telling the Lesbian Avengers to have a Drag King contest. Who knew putting on a suit and drawing on a mustache would spark a flame in Ken that would burn for over 25 years.

In 1999 Lizerace (NY Drag King) told Ken about a new conference called the International Drag King Extravaganza (IDKE) in Columbus, Ohio. This conference was put together to showcase Drag Kings and create spaces for us to share our Drag King skills. Kings from all over the world attended this annual conference which gave the experience so much depth as folks could share their version of what it is to be a Drag King. The main take-away from this conference that impacted Ken the most was that IDKE established a RESPECT & SUPPORT policy for all those who attended. The organizers wanted to create a safe space where attendees could learn and share the art of Drag Kinging without competition or fear.

The experience was so impactful that Ken wanted to share the message of being respectful and supportive to fellow kings rather than be competitive and at odds with each other. Ken knew that you can not build a solid community in a competitive environment. The DC Kings proved his theory worked.

On March 6th, 2000, Ken formed the troupe the DC Kings, which lasted till 2015, making it one of the longest running monthly drag king shows in the world. That is 185 consecutive months (to be exact) of Drag King Shows that took place at Chaos, Apex, Phase 1, The Lodge and many other venues in the DC area over their 15 year span. Ken was able to induct over 400 Drag Kings into the DC Kings and inspire our community to find language through performance to address issues with gender, identity, politics, all the while celebrating our unique and beautiful selves.

On May 1st, 2001 Ken created “The Great Big International Drag King Show” that took place at the Black Cat (from 2001 – 2003) and the the 9:30 Club (from 2004-2007), and invited performers from all over the World: Australia, Ireland, Sweden, Italy, England, Canada, and the US. This was the largest drag king show in the World for seven years, with its last year attracting 1000 people to come watch at the 9:30 Club in Washington, DC. Ken’s goal was to provide the opportunity for Drag Kings to dance and sing on the same stages that were performed on as world renowned Rock Stars (such as Prince, Grace Jones, Goldfrappe, The Foo Fighters, Peaches, Nirvana, Red Hot Chili Peppers, Public Enemy, Fugazi, Bad Brains, R.E.M, and many more).

In 2001 Ken and Canada’s own Carlos Las Vegas produced Kingdom Magazine (2001 – 2002) to record the burgeoning Drag King Scene that was exploding across the planet. They wanted to document drag king history as it was happening, drag shows, our drag king art and photographs, from performers from again, all over the World.

In October 2011, Ken teamed up with his Belly Dancing Sword Wielding bad-ass and partner Belladonna, to create Raven’s Night at The Legendary Birchmere Music Hall, in Arlington, VA. The focus of this show is to showcase Belly Dance and Fusion Dancers from all over the world with some hints of Gender-Bending…because, why not? 2021 marks the 10 year anniversary of Raven’s Night.

2018 DragKingHistory.com with Drag King Legend, Mo B. Dick on the website dragkinghistory.com which documents the history of performance starting with the Tang Dynasty (618 AD) to today. The importance of recording history and honoring those who came before us is paramount to Ken’s heart. As we can not appreciate where we are if we are disconnected from our roots. Recording our Drag King history gives our art depth and validation. It is important to know where we come from in order to guide us in where we are going. 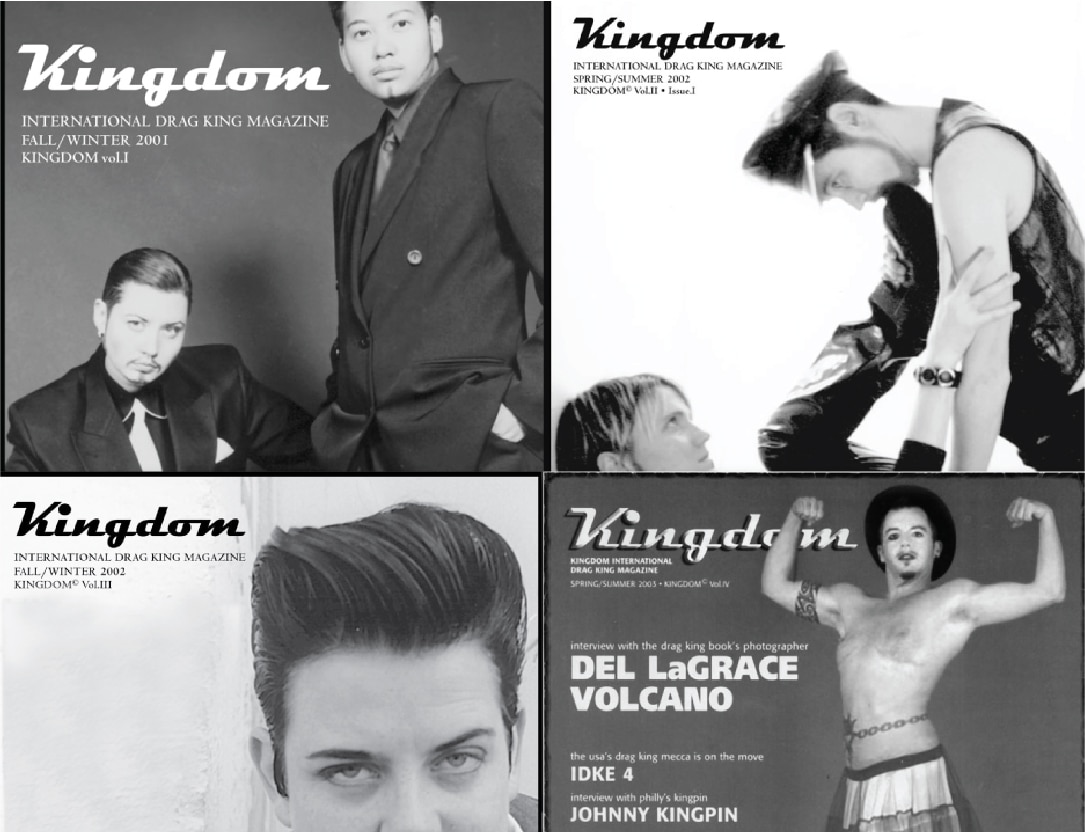 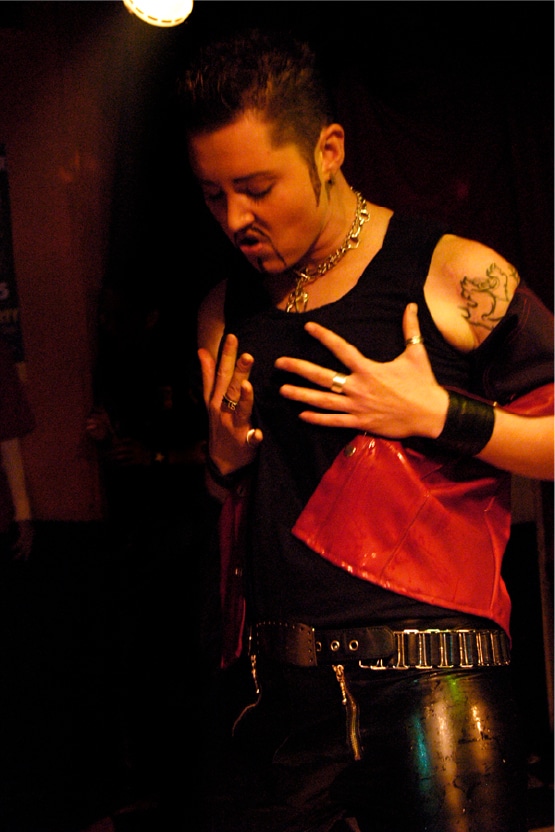 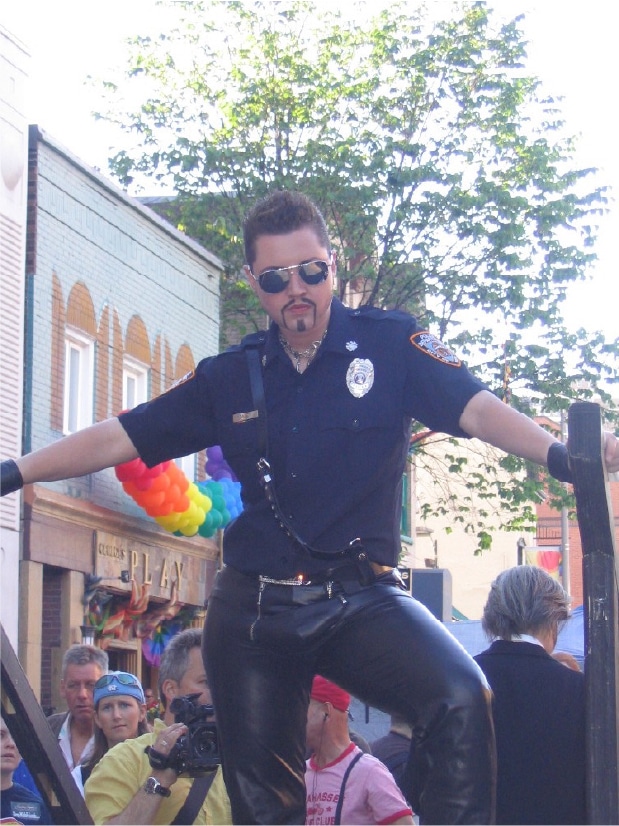 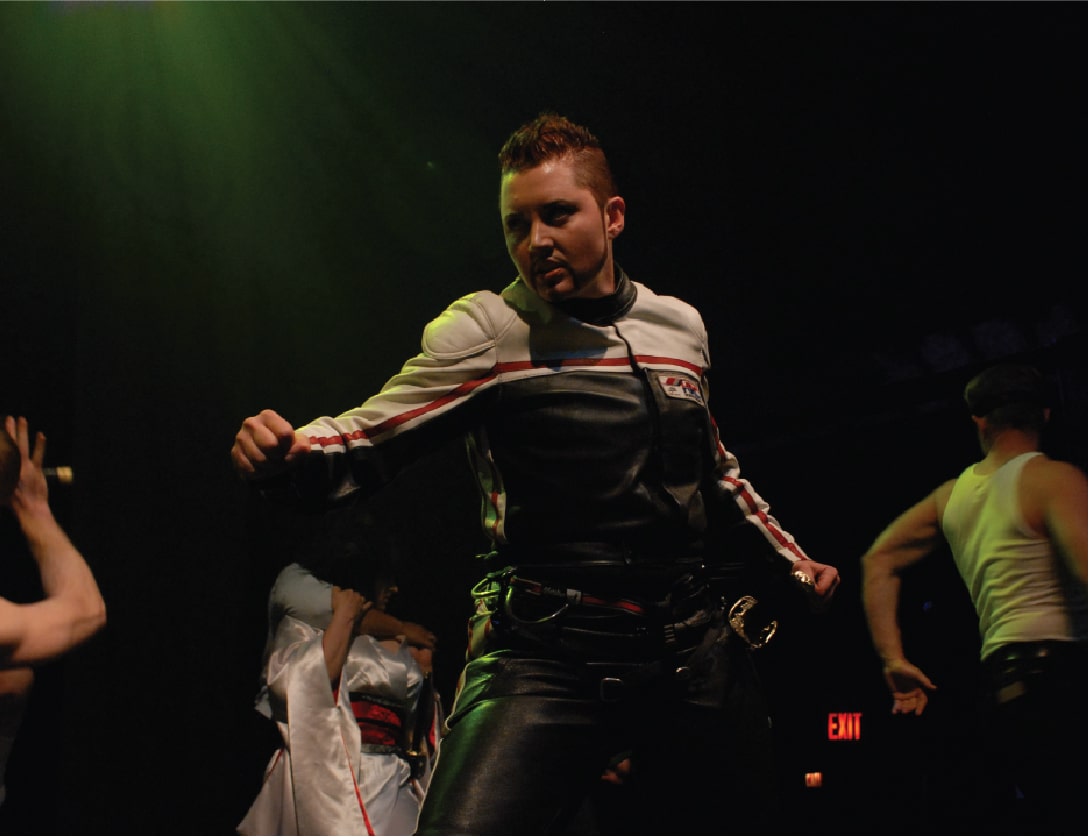 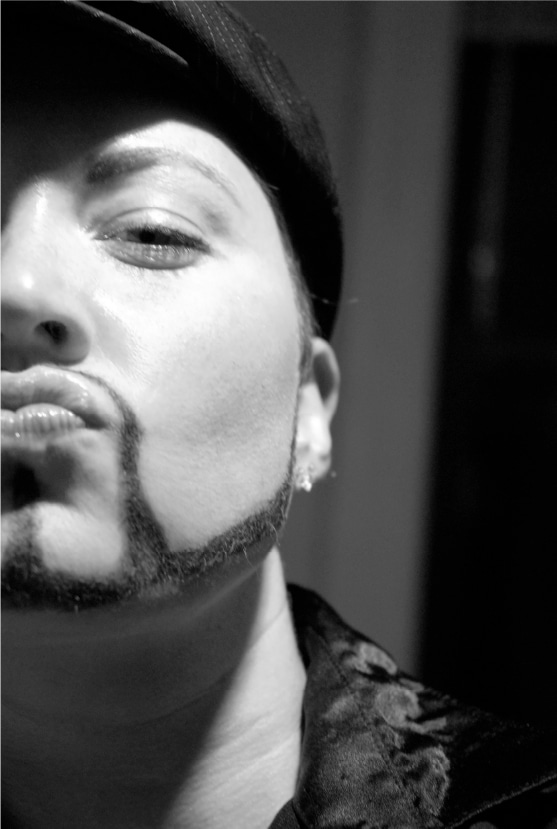 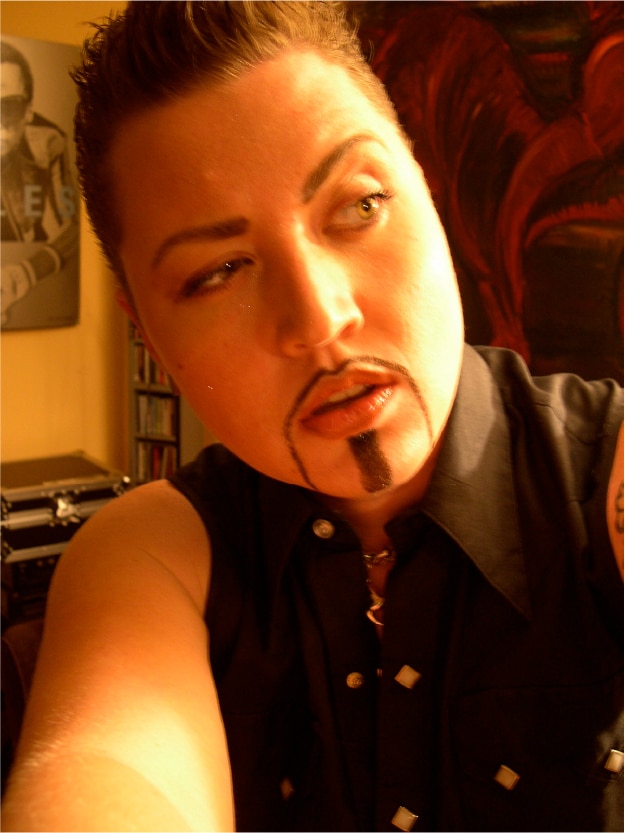 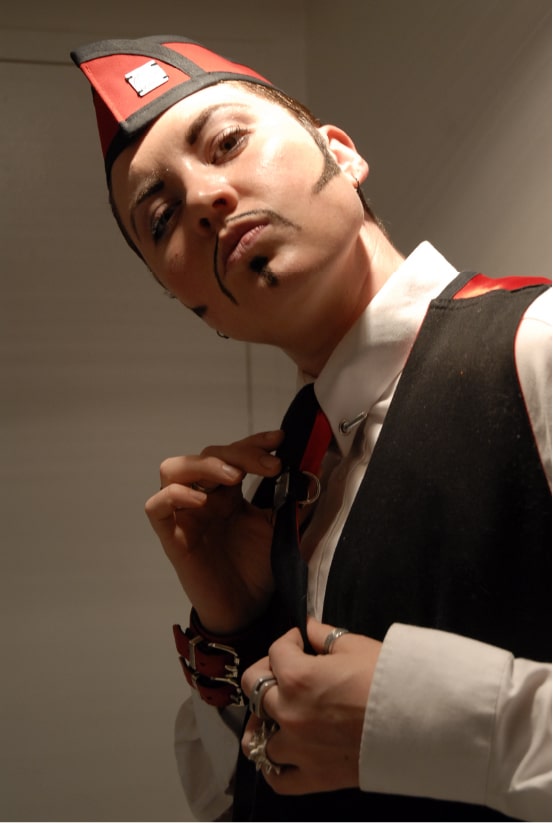 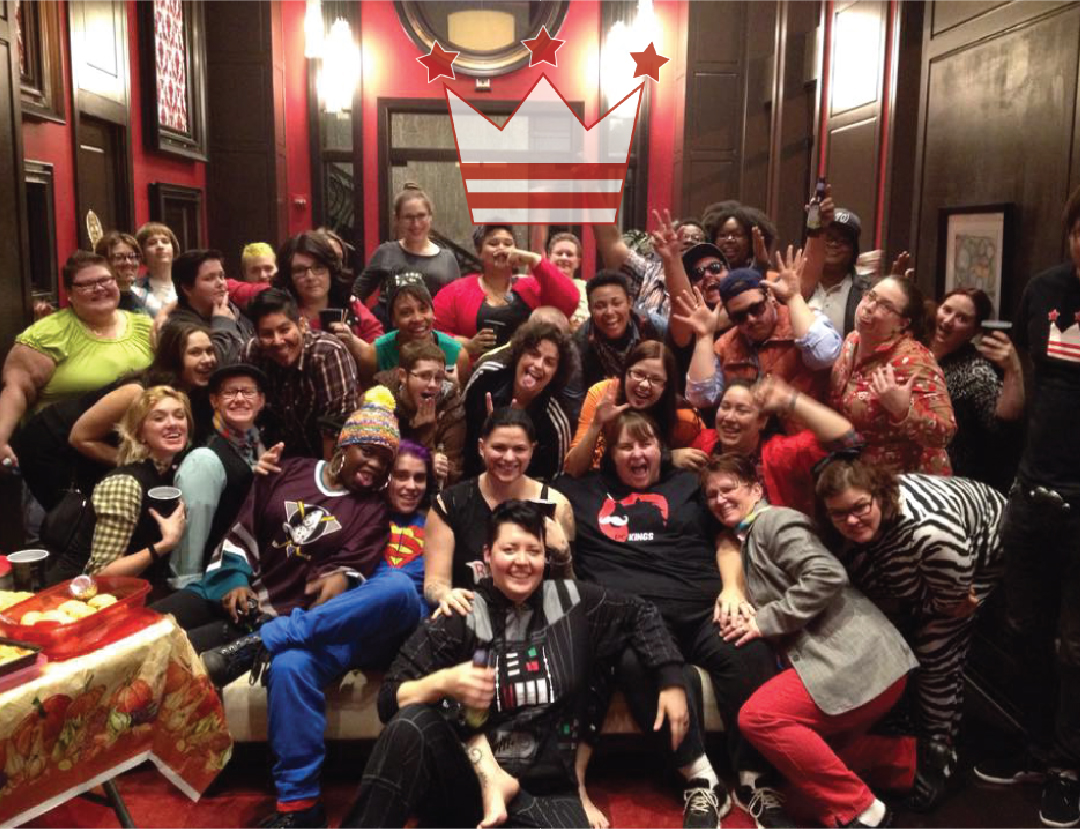 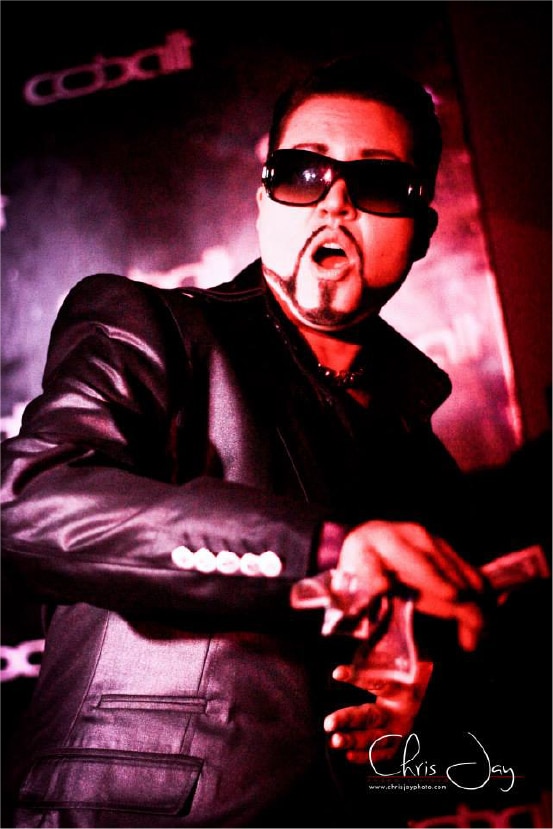 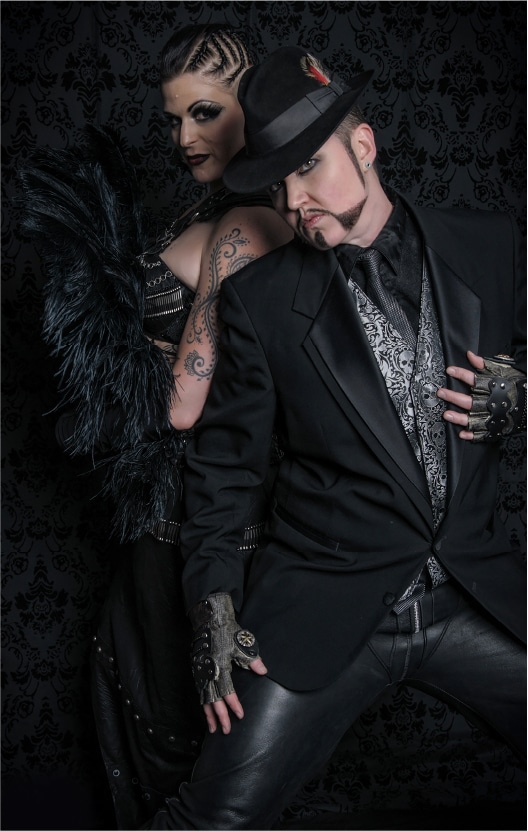 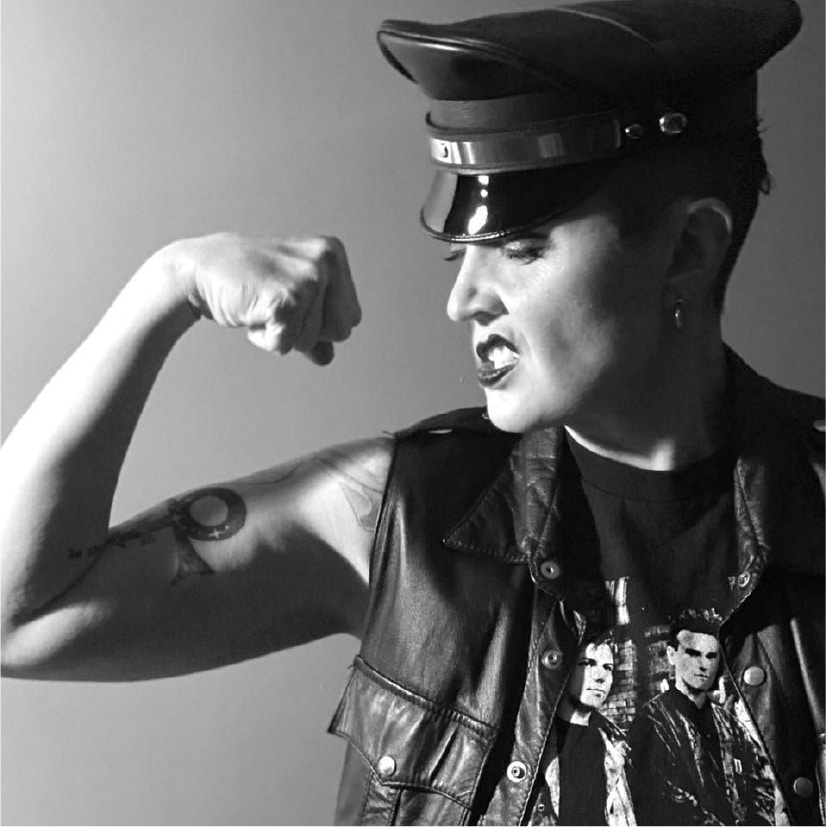 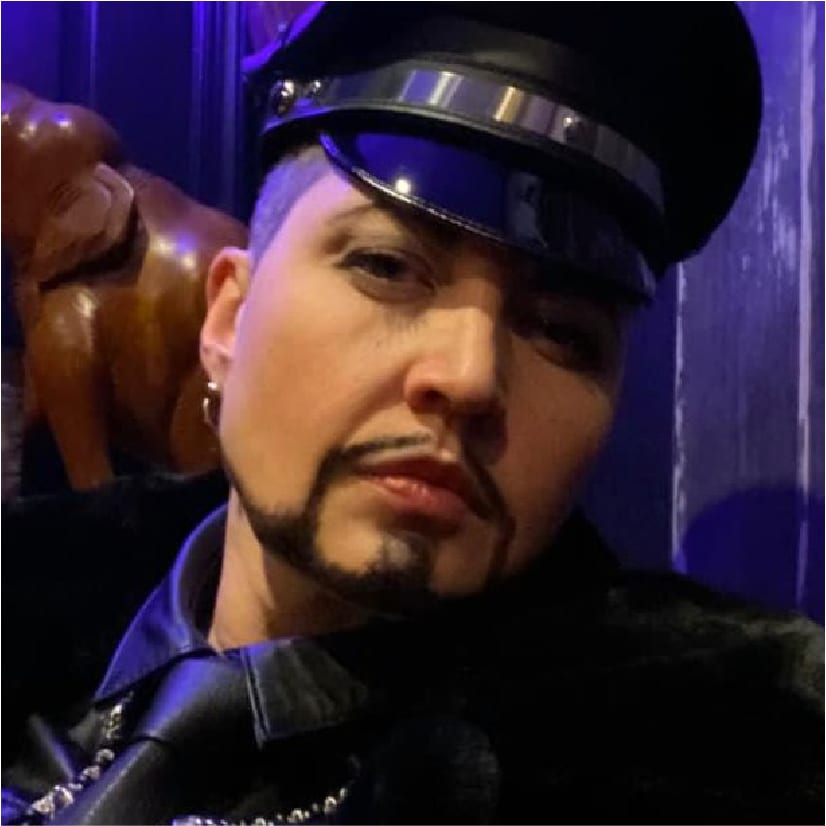